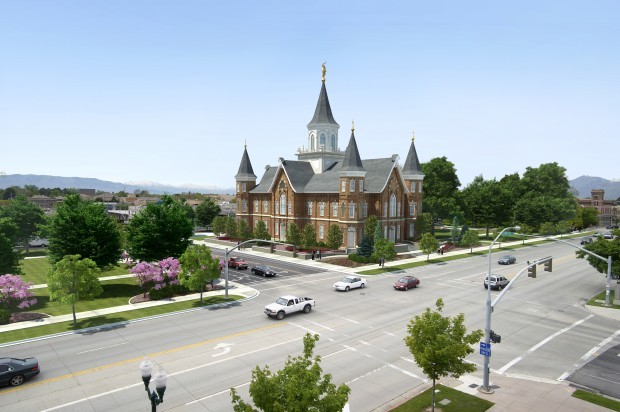 How to name a temple

We asked readers what the LDS Church should call the temple that will arise out of the ashes of the Provo Tabernacle. One thing emerged clearly: A strong majority favor a name that in some form reflects the Tabernacle's cherished role in the Utah Valley history.

On Saturday, The Church of Jesus Christ of Latter-day Saints announced it would rebuild the structure so that, though modernized and safer, it will look much like it did in its heyday, including the central tower of the original. That's a splendid way of preserving a slice of Utah Valley history.

When it's converted to a temple, the old tabernacle will be inaccessible to the general public. But the impact will be tremendously positive for the community -- especially downtown Provo.
Read the rest of this story at heraldextra.com