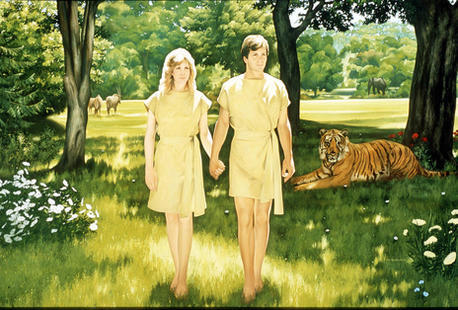 How was Eve 'an help meet' for Adam?

I have several pet peeves. Fortunately, I also have a newspaper column (at least for now). Which means that, unless and until my editors prevent me, I can sound off on things that bother me from time to time.

One of them is the frequent misuse of the word “literally.” Have you ever noticed how common it is for English-speakers to use the word “literally” when they actually mean exactly the opposite of “literally”? “I’m so hungry, I could literally eat a horse.” “That guy on the other team was literally 10 feet tall.” Or this one, presumably recorded from a conversation in the spirit world: “I literally died from embarrassment.”

But such quirky expressions aren’t the focus of this column. Instead, I have a different pet peeve in mind, though it’s still a linguistic one.

In Latter-day Saint circles (and perhaps beyond), it’s long since become customary for a husband to praise his wife as a “helpmeet.” However, since most of us find that term just a bit puzzling — intuitively, I suspect, we know that it makes no real sense — we sometimes change the word to “helpmate,” which, unlike “helpmeet,” is actually comprehensible.