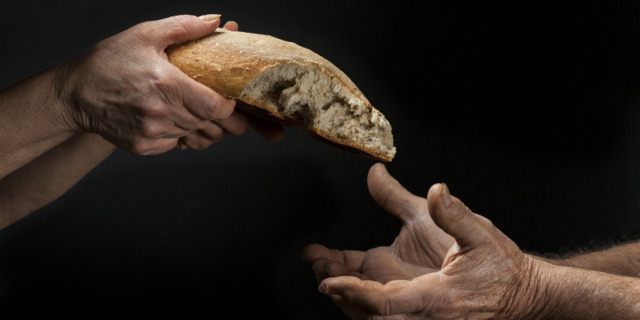 Last May, I was asked to speak at a Relief Society function. But when I went to get in my car, I realized that my neighbor's car was blocking my driveway. I recognized the car because it was an odd color of green that had a couple of dents in it, and then I realized that it was still running. I went to the window and the driver was still in there—it looked like she was looking in her glove box. I kind of knocked on the window and realized that she wasn't looking in her glove box at all, but was passed out and something was very wrong.

I knew it was my neighbor. I'd met her a few times before. I opened the door and was shaking her leg and saying, “Wake up, wake up, what's going on?”

She wasn't responsive. I called 911 as quick as I could, and they said, “You need to get her out and you need to begin CPR.” So I ran into the house, and yelled at the door, “I need help now!” My family was still sitting at dinner. My son, who was 18 at the time, helped me lift this woman out of the car. We laid her on the grass, it's starting to rain, and I know CPR but I knew that she was gone, completely gone.

And the fire truck pulled up about a minute and a half after we had her out on the lawn and they took one look at her and said, “We're not even going to try CPR. She's obviously gone.”

The 911 operator is with us the whole time saying, “Tell me her name.” And I couldn't remember this lady's name. I had nothing.

I think probably one of the most traumatic parts of the story for me is the fact that I'd known this woman for years. She's been my neighbor for 10 years. I knew that she had a partner, they would often sit and smoke cigarettes on the wall three doors down from me. I'd wave and say, "Hi," but I had forgotten her name. I felt like I failed. And I felt like a really, really bad neighbor. And that, that really hurt.

I promised myself that I would get to know my neighbors better and spend more time understanding who they were and a little bit of their story. So, you know, heaven forbid, if anything ever happened like this again, I'd be able to give it a good answer.

So in some ways, I definitely tried to follow through with that promise to myself and got to know the guys next door, their names and a little bit of their stories, what they were studying in school. In some ways, I feel, you know, proud that I was able to connect with more of my neighbors after this experience, but it really wasn't until another tragedy took place that I realized something much more needed to be done. A 19-year-old neighbor chose to end her own life.

I was involved with going out and searching for her and reading the note that she had left for her moms. In her letter, she talked a lot about feeling hopeless. She had been dealing with some depression for a while but was getting help and seemed to be doing really well. A sophomore in college and really making good progress—we thought—and then to see this note and just to see that she just had gotten to the point where she had no hope left in her. I felt absolutely overwhelmed with the sense that something needed to be done.

My wife and I were on a humanitarian trip in India shortly after this and spent a lot of time putting together some thoughts and doing some journaling, really feeling like there were some answers that were coming to me about what needed to be done. And one of those came in the form of a memory of Elder Uchtdorf's talk from 2010 that says, “You Are My Hands.” This is the story of Christ, a statue of Christ being bombed during World War II. And the villagers, as they put their village back together, wanted to repair the statue of Christ. They were able to make the repairs on most of the statue, but they decided not to repair his hands and instead hung a sign from the statue that says, “You are my hands.”

► You'll also like: ‘The doctrine of gathering’: Why 3 women believe your home happenings are practice for an important future event

Several months before all this, I had been baking bread and taking it and sharing it with my neighbors getting to know neighbors, you know, nobody is ever upset with you when you show up on their doorstep with a loaf of fresh bread. And so, Sourdough Sunday had begun with that. So I would start on Saturday nights and bake on Sunday, and go out and visit people on Sunday afternoons.

Listen to Ben's full story on this week's episode.