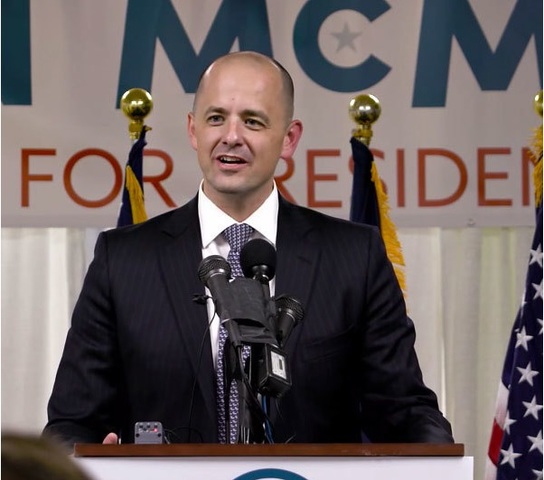 "It’s been an unusual election year, to say the least, hasn’t it?"

That's how the latest Huffington Post piece featuring Evan McMullin begins. But what's even more unusual is that the article—printed in a news source with a more liberal reputation—goes on to praise a Mormon, independent, conservative presidential candidate, one who, until recently, hasn't been given much national attention.

Granted, Evan McMullin has recently shown his bid for presidency is more sincere and plausible than some critics originally supposed. The most recent polls from Utah show that Evan McMullin "surged into a statistical tie with the two major party presidential nominees," according to the Deseret News.

► You'll also like: 8 Mormons Who Have Run for President

With Donald Trump and Hilary Clinton tied at 26 percent and Evan McMullin at 22 percent, McMullin could win Utah and become the first third party candidate to win electoral votes since George Wallace in 1968. This fact alone has gotten national news sources buzzing—everything from CNN to the New York Times.

The Washington Post recently focused on Evan McMullin's optimism in his campaign, but the Huffington Post stands out in that it went beyond reporting to offer an opinion. Here's a bit of what they had to say:

When we meet people, isn’t it interesting what we often scan for? We notice kindness, or a lack thereof. We sense how calm vs. how “wired” they are. We subtly pick up on signals of hoped for trustworthiness. When it comes to politicians, these hoped for signals are paramount.

More than anything, we humans want to feel safe. . . .
Evan McMullin was a CIA operative for 10 years. He deeply understands the coming terrorism/foreign policy issues. He does not have questionable ties to questionable things. Mr. McMullin worked undercover to protect our country. He is modest about this. He is a reluctant candidate, but he is running for the right reason: because America needs help.