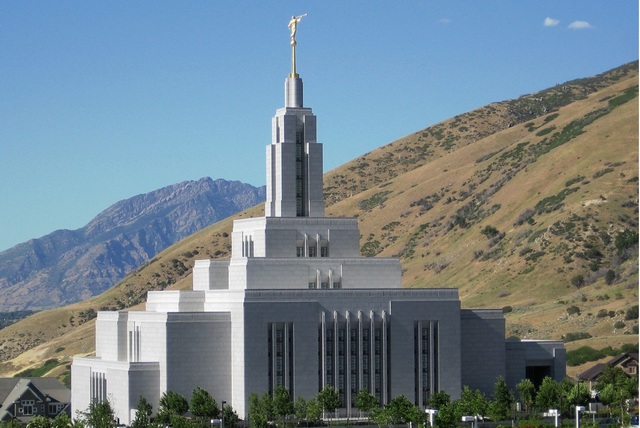 The Huffington Post recently ran a story about LDS Temples, their beauty, their purpose, and their significance for Latter-day Saints. Check it out!

Mormon temples are beautiful architectural additions to any city they are in. When Mormons arrived in Salt Lake City in 1847, the first thing Brigham Young did was to mark out the temple site. The whole city was designed around it. This was partly because the temples the Mormons had previously built in Kirtland, Ohio, and Nauvoo, Illinois had been destroyed by angry mobs. Building a new temple was a sign that this was a place that Mormons believed they would be able to stay long-term, that the Lord had promised them safety here.

Other temples in Utah were actually completed before the Salt Lake Temple, because of the unique care that went into its construction and it remains the iconic temple for many Mormons and non-Mormons who visit Salt Lake City.

Until the twentieth century, there were only temples in Utah and Mormons from other countries had to find the funds to travel to Utah, which was very costly, in order to go through temple rites necessary in Mormonism for salvation. But now there are currently 149 temples worldwide (with about 25 others in various states of construction). Some of the temples are very small, built in conjunction with chapels, and are to allow the Mormons who live in the area the chance to return to the temple often and renew their covenants. But it's not always clear to non-Mormons what goes on in Mormon temples and why Mormons would also then have churches, as well.