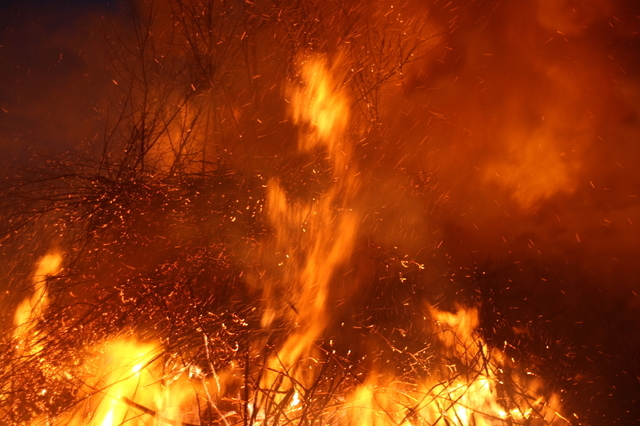 I love these touching thoughts from the Huffington Post's latest article about Mormonism: "This is one of the things that I love most about Mormonism, that we believe in God as a loving Father, eager to give as much as He can to us, His arms always outstretched. God does not punish us. We punish ourselves in being separate from Him and His Love. Christ's Atonement is infinite and includes all of us, even if those who do not accept Him, even the most wicked. All are resurrected and are given as much as they will accept of the blessings of the Atonement."

The short answer to this is simple: No. Many Mormons casually refer to "hell" in the same way that other Christians do, as a place of punishment where sinners are sent by a wrathful God.

Even The Book of Mormon mentions hell as a place of fire and pain (1 Ne 9:10 and Helaman 6:28), a place that can be avoided by obedience to God and His commandments. But this is largely a metaphorical place. We can feel we are in "hell" even in this world because we are disobedient to God and His commandments and feel the consequences of bad decisions. We can also feel that we are in "hell" in this world if we are separated from God and His abounding love for us.

There is a second "hell" that Mormons believe in, but it is also not a place that God has created for sinners. Rather, it is a place where those who die in ignorance of Christ go because they do not have the knowledge to enter what Mormons sometimes refer to as "Spirit Paradise," the place where the righteous go after death to await their resurrection. If this sounds like a Catholic Purgatory, there are admittedly certain similarities.

Mormons do temple work rather than saying prayers so that those in "Spirit Prison" can move to "Spirit Paradise" and associate with other believers. But again, Mormon theology on Spirit Prison has nothing to do with a place of fire and brimstone, except metaphorically, as spirits may feel anguish at being separated from Christ and from their loved ones who are believers.