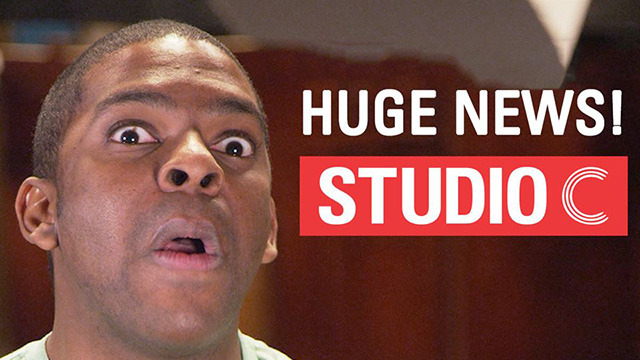 Huge News for Fans of Clean Comedy (and Studio C)

Ever tried to get tickets to Studio C, only to discover the show was already full? You’re not alone. Because of limited space and tickets in such high demand, the show has an audience rejection rate of 93%.

“We kind of look and feel like jerks,” joked cast member Stacey Harkey.

But on Friday, June 19th (6:30 pm MT/8:30 pm ET), the most watched improvisational sketch comedy series on the internet will boast an audience acceptance rate of 100%. With their first ever livestream episode, “No Fan Left Behind,” every fan with a computer can be involved.

The live broadcast, featuring two sketches and behind-the-scenes action, will be broadcast via YouTube at watchstudioc.com. Fans will also be treated to giveaways throughout the show, as well as a live video chat with cast members and the chance to win a grand prize.

“Trust us,” said Harkey. “You’re gonna want to watch this.”