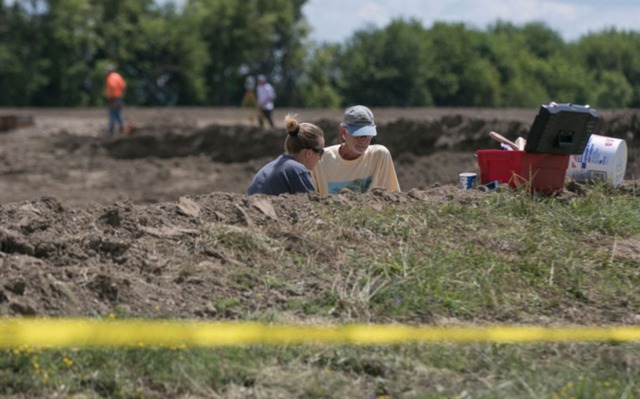 While digging at a construction site at Council Bluffs, Iowa, workers have discovered something that could shed light on our pioneer heritage.

On July 29, human remains were unearthed at the site and police officers were dispatched to the scene.

The officers, crime scene investigators, and medical examiners determined these bones were "ancient remains" over a century old, according to The Daily Nonpareil.

Because of the age of the bones, Council Bluffs Police Captain Todd Weddum says the department isn’t investigating the scene because the remains cannot be linked to any missing persons cases, according to WQAD 8.

The search for remains continued Friday and, according to The Washington Times, "Pottawattamie County Medical Examiner Karen Foreman said the bones are from several different individuals, who were most likely of European descent."

“The first group of Mormons who came through Iowa had a rough time,” she told The Daily Nonpareil. “They left Illinois in February during a very cold winter. To get across Iowa took them four months and many died. It’s not uncommon to find a gravesite every few miles on the Mormon Trail, and, unfortunately, oftentimes families had to bury more than one person at a time.”

But Lately also said the remains could be from Fort Croghan, a fort that was active in 1842-43 but which the Mormon pioneers only found ruins of during their trek west.

The remains will be examined at the University of Iowa so a more exact date of the grave can be determined.

Lead image from The Daily Nonpareil.