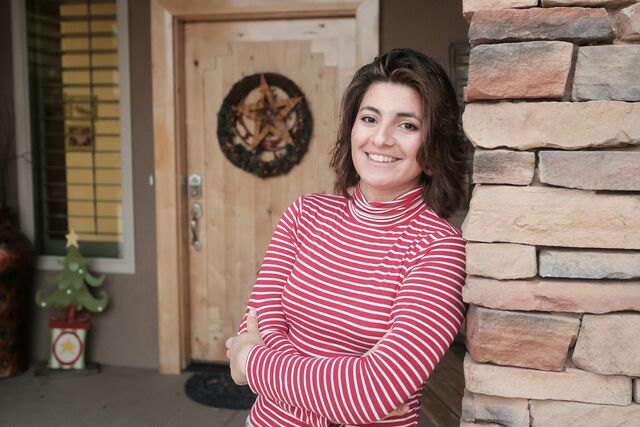 Belle Barbu said that reuniting with her family reminded her of "the final scene in the Disney movie Tangled, when Rapunzel meets her parents."

“I was literally taken from my parents like she was and taught a whole different life,” she says. “I still don’t know how to thank the Lord for bringing us back together. How did he make that happen? It was such a miracle. ... There’s nothing perfect about my story, but yet, it came together so perfectly.”

Barbu, a Latter-day Saint, was adopted as an infant from Romania. In a recent article, Deseret News reports that Barbu grew up knowing she was adopted but never knew any details surrounding her birth family. Barbu discovered a Facebook group that connected Romanian adopted children with their birth families. Within 48 hours, Barbu’s family was located in Italy.

Through communication with her birth family, Barbu learned of how she came to be adopted. Barbu was born healthy, but doctors informed the parents that she had a heart condition and must stay in the hospital. When her parents returned days later, they were told that Barbu had died. Someone in the hospital divulged to the parents that their daughter had not actually died. The doctors had trafficked and sold Barbu to an orphanage, where she was put up for adoption.

This kind of human trafficking is not an isolated event in Romania. Deseret News spoke with Tim Ballard, the founder of Operation Underground Railroad. “They use the legitimate orphanage system, falsifying the birth certificate, send the child to an orphanage, adopt it out and make a ton of money- around $15,000 to $20,000 a kid." Ballard was involved in Barbu’s case and helped connect her with her birth family.

Thanks to Operation Underground Railroad, Barbu was able to travel to Italy to reunite with her family.

READ THE REST OF THE STORY AT deseret.com.

Photo courtesy of the Deseret News.