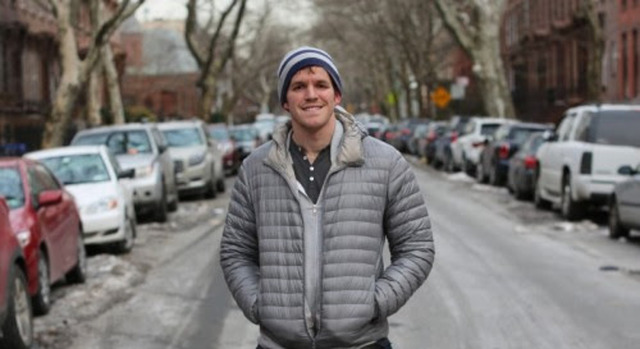 Brandon Stanton, who started the Humans of New York Project and spends his life learning about the life stories of strangers, will be speaking at FamilySearch's RootsTech Conference this week. In an interview with Tom and Alison Taylor published in the Deseret News, Stanton shares how we can better connect with those we love by asking deep questions and truly listening.

“Especially in today’s age, when everything’s about telling your own story, everything’s about putting out your own stuff and getting noticed and getting attention — I think the one thing that is in short supply is listening itself,” said Brandon Stanton, who created the Humans of New York project, which features interviews and photos with people he met on the streets of the city.

Stanton began his adventure in 2010 when he lost his job as a bond trader in Chicago. He bought a camera and moved to New York City with the intent to take photos of 10,000 people. He survived on unemployment checks and borrowed from family and friends to pay the rent while he posted his photos to a Facebook page. He initially viewed himself mainly as a photographer, taking thousands of photos before he started interviewing his subjects. He began adding brief captions and quotes to the photos. Eventually his photo sessions turned into in-depth interviews, often lasting an hour or more.

“I realized that the picture was kind of an excuse to get into an interaction with these people and that the conversations … were more interesting and meaningful than the photos themselves, both to me, the person I was interviewing, and the audience," he said. He added, "The heart of it is not the photo, it’s not the story, it’s not any of the editorial. The real heart of the work, and I think the power of it, is in that interaction on the street."