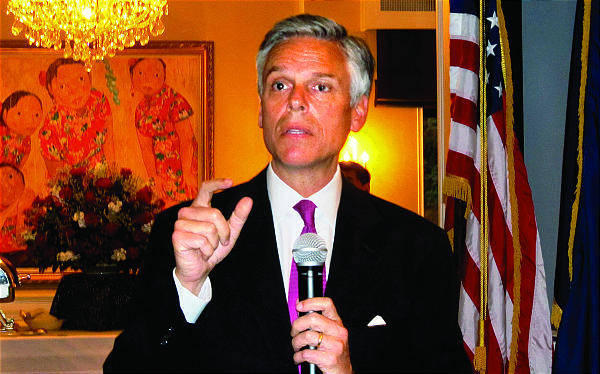 Huntsman mum on presidential bid, but supporters ready in New Hampshire, other states

U.S. Ambassador to China Jon Huntsman Jr. deflected any discussion of a possible presidential bid, saying he won't make a decision about his future until after he returns to the United States in two weeks.

"While in China, we serve our country, we don't do politics," the former Utah governor told KSL-TV during a wide-ranging interview this week about his experiences since leaving Utah in 2009.

Even though Huntsman isn't ready yet to reveal his political aspirations, supporters are already gearing up for a possible presidential campaign in 2012 in New Hampshire and other key primary states.

Huntsman said he and his wife, Mary Kaye, are ready to reunite with their older children still living in the United States and spend more time with their youngest adopted daughters, Asha and Gracie Mei.