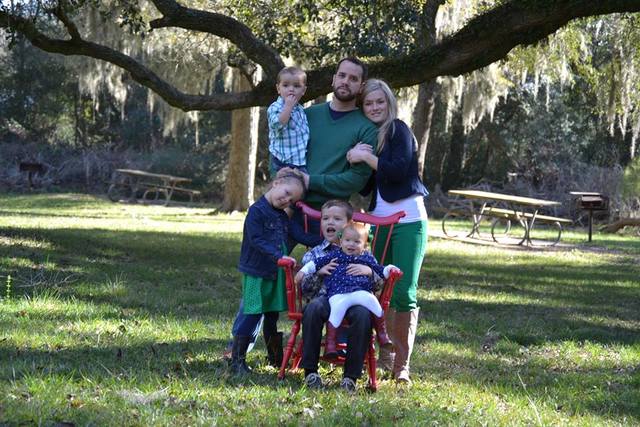 While skiing with her 10-year-old son on February 25, 34-year-old Kressyda Ming struck a tree at Purgatory Resort in Colorado and died shortly after a Flight for Life helicopter arrived on the scene. She is survived by her husband Cameron and their five children.

To many of her family and friends, she will always be remembered for having a strong testimony, an inspiring and caring personality, and for being a great support and dear friend. Writing about her exemplary life, her husband Cameron shares his thoughts of his dear wife and how her life can teach others to have faith, to love, and to serve:

Kressyda Ming—They make movies about people like Kressyda. She traveled the world. She found her way into crazy adventures. She was beautiful and charismatic. She loved people. And people loved her.

She traveled the world with her father’s job and saw things that most of us only read about in geography books. She experienced life and culture on the street level and was afraid of no one and nothing. Whether it was bottle-feeding a tiger in India or camping in the Andes in Chile, Kressyda had to experience everything she could. She had been to 19 countries and had four more lined up. She breathed in adventure like it was oxygen.

All this exposure to the world gave her unique perspective of the gospel. She would try to convey to people in the U.S. what real poverty looks like, but found it hard to truly make them understand. It was this experience and understanding that planted the seed of one the most truly generous hearts there has ever been. She understood people and life circumstances and never judged anyone for it. She truly loved her neighbor as herself.

In most places, there are panhandlers. Kressyda would not allow herself to pass someone that she thought was in need without providing what she could. She would give them change, a bag of apples, the sandwich she was about to eat. She once went to the store with her husband and bought out the rest of the prepared rotisserie chickens. Her husband, Cameron, just couldn’t understand what she was doing. “It’s fine,” she said, “I’ve got this.” She loaded them into a sack and drove to the front of the store parking lot where there was a family with a sign saying they needed help. Kressyda handed them the bag of four rotisserie chickens and said, “Hey, I thought you might enjoy these.”

When Kressyda and her husband were still college students, a family down the street was having car trouble and the car finally broke down. Kressyda came to Cameron and said, “Don’t be mad, but we need to give them our car.” How could he say no?

She was the kind of woman that had an enormous engine. She accomplished more before noon that most could in two days. Two days before she passed she made dinner for a family and then heard that one of her best friends was also sick so she ran home and made another dinner for her and their family of eight. People would ask how she did it. Her only reply was that it was through Heavenly Father’s help. He put her in the right place at the right time. That was the only way.

While she was serving in the Young Women she was camp director. When camp began there was an uneasy feeling over the entire camp. It came to her attention that there was a youth with marijuana at the camp. Kressyda knew who it was but knew if she didn’t handle it right the situation could destroy the young girl. Kressyda brought the young women together and asked who had the marijuana. No one came forward. She asked again and said that if no one came forward she would need to check each girl. Still nothing. As Kressyda began to move toward the first girl, the young woman stepped forward and said, “It was me, Sister Ming.” Kressyda walked over and wrapped her arms around her tightly and told her she loved her as they both wept.

Kressyda had enormous self-discipline. While Kressyda was in college she made a goal to read her scriptures every day. Honeymoon, vacations, camping, in the hospital delivering babies – she always read her scriptures. She loved the gospel and took every opportunity to share her testimony of it through words and actions.

Kressyda was truly an instrument in God’s hands. She touched lives around globe. She exemplified the all of the good things about the gospel. She loved her children with all of her heart. She loved her husband and eternal companion. She leaves behind an incredible legacy of her love of the gospel and her love of serving others.

Mormon Life Faith DeathFaith,Death,Mormon Life
Comments and feedback can be sent to feedback@ldsliving.com