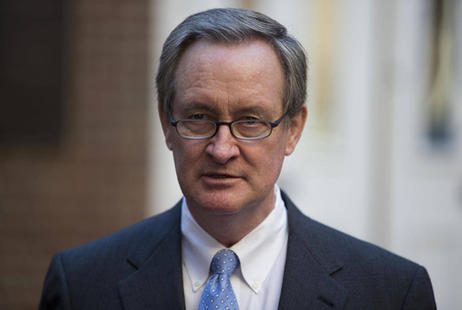 Idaho Republican Sen. Michael Crapo pleaded guilty Friday to a charge of driving while intoxicated and then apologized for his actions and asked forgiveness from his constituents.

Crapo said nothing during a very brief trial in Alexandria General District Court, where he pleaded guilty and was ordered to pay a $250 fine, complete an alcohol safety program and agreed to a 12-month suspension of his driver's license. The sentence is typical for first-time drunken-driving offenders in Virginia, where the crime is classified as a misdemeanor.

Outside court, though, Crapo gave an apologetic statement where he acknowledged that he been drinking alcohol on occasion for the past year or so, in violation of the tenets of his Mormon faith.