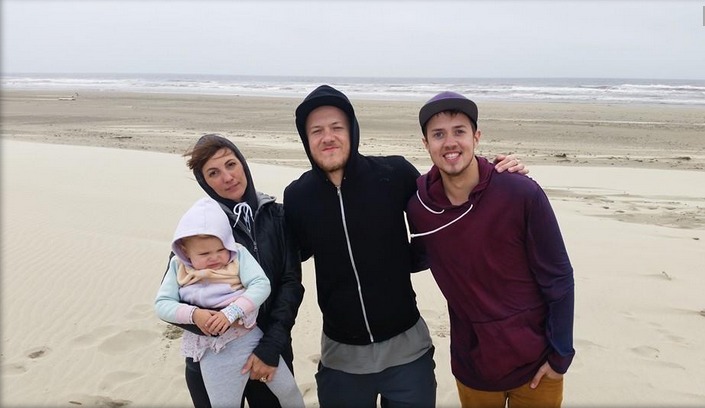 Two years ago in El Salvador, BYU student Coulter Reynolds heard an Imagine Dragons song on the radio at a local Wendy’s. He was serving a mission at the time and figured his zone leader, who shared his hometown of Las Vegas, was playing a trick on him. There was no way that Imagine Dragons, an up-and-coming band headed by his older brother, Dan Reynolds, would be playing on the radio — especially in El Salvador.

It turns out his zone leader wasn’t playing a trick at all. Coulter’s parents, friends and siblings had been keeping a big secret. Imagine Dragons had recently hit it big in the United States — so big it was headed to the Grammys later that year.

Little brother Coulter was “extremely proud,” but success and family support are nothing new for the Reynolds family.

“Because both of their parents are really smart and have such strong moral values, they were naturally successful,” said Bedford, a sophomore at UVU studying biology. “(Their) mom was really into them playing piano too, because she always believed that it helped with the brain and helped them with their studies and whatnot.”

All nine of the Reynolds kids were required to take “at least” piano until age 16, Coulter said.

His sister, Sarah Bleazard, who graduates in December with a degree in elementary education, explained that while not all of the Reynolds children aspired to be musicians, they never wanted to give up music as a hobby. According to Bleazard, at one point or another they all played in bands, thanks to their mom. Their good taste in music comes from their dad, but their overall success is a family business.