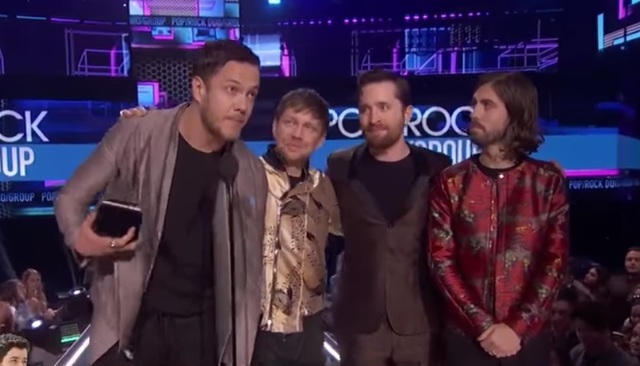 Imagine Dragons are not new to the AMAs, having taken home the 2013 and 2014 Favorite Alternative Rock award. But this year, the group was highlighted by the media for something other than their musical performance and win.

During his acceptance speech, frontman and Mormon Dan Reynolds said, “This is the country that I know, which is one of powerful women. I’m talking about our women; talking about empowering our LGBTQ youth. May we continue to progress as a nation towards one of love, of equality, no divide. There’s been way too much of that this last year so to start the night like this just feels right. . . . Peace, love, equality for all!”

It was a message similar to the one he promoted during the LoveLoud Festival held in Provo, Utah, earlier this year—a festival the Church addressed in a statement, saying, "We applaud the LoveLoud Festival for LGBTQ Youth’s aim to bring people together to address teen safety and to express respect and love for all of God’s children. We join our voice with all who come together to foster a community of inclusion in which no one is mistreated because of who they are or what they believe."

Check out Imagine Dragons performance with Khalid at the AMAs: