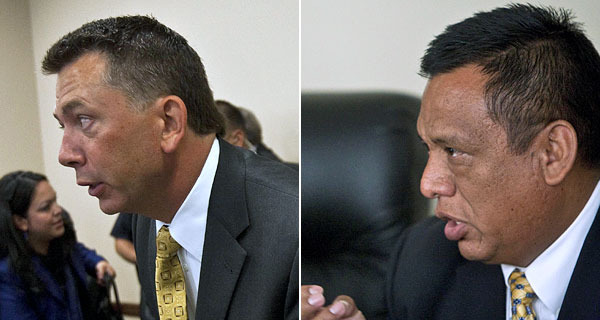 At the Sandstrom family table on the edge of the Wasatch Mountains, eldest son Stephen listened carefully as his parents talked about politics, the divine nature of the nation's founding and the importance of the rule of law.

Sandstrom held fast to those tenets of his Mormon faith years later as a state representative. They led him to write a bill modeled on a controversial Arizona law that would require police to determine the immigration status of people they lawfully stop and also suspect are in the country illegally.

"This country is the greatest nation on Earth because God had a hand in its formation," said Sandstrom, 47. "A lot of that is because … we obey the rule of law. Turning a blind eye to illegal immigration jeopardizes the rule of law."

At the Yapias family table in Peru, eldest son Tony felt the strain of a family divided. His father labored seven years in the United States as a sheepherder in Idaho before the family won permission to join him when Tony was 14. The separation ultimately destroyed his parents' marriage.
Read the rest of this story at latimes.com