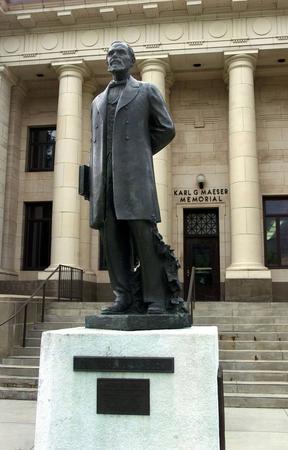 In Our Lovely Deseret: Karl Maeser: Let the wise man within you be your ideal

Karl G. Maeser embraced the gospel in Germany, came to Zion, suffered and served and stood as a pillar to the entire church as he established Brigham Young Academy and raised a standard of integrity and love of God that blessed thousands.

Maeser was born Jan. 16, 1828, in Meissen, Germany. He graduated with high honors from a teacher training college, then in 1855 married Anna Mieth, daughter of the director of the academy in Dresden, where he obtained a teaching position the following year.

An anti-Mormon pamphlet, of all things, initiated his interest in The Church of Jesus Christ of Latter-day Saints. For a period of time Maeser, his curiosity stirred, began to question and read, until William Budge, who spoke English, was sent from mission headquarters in Liverpool, England, to personally instruct the Maeser family — for there was no freedom of religion in Saxony at that time.