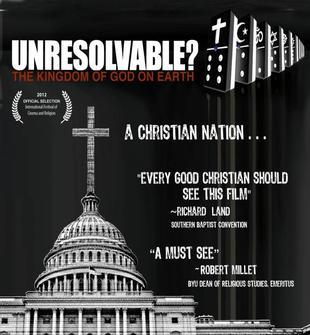 In interreligious diplomacy, unresolved conflict is the goal

For a peacemaker like Randall Paul, a good ending doesn't necessarily resolve the conflict between religious believers over who is damned and who isn't.

That's why Paul, founder and president of the Foundation for Religious Diplomacy, was intrigued by an obscure documentary about a filmmaker who set out to discover why conservative Christian evangelicals labeled his Mormon faith a cult whose followers were going to hell.

At the conclusion of filmmaker Bryan Hall's odyssey, he's at the airport picking up Ruben Israel, a burly, goateed evangelical who travels from Los Angeles to Salt Lake City twice a year to heckle Mormons attending their church's biannual general conference. He asks Israel to bless the dinner in Hall's home and after eating pizza they shoot a game of pool.