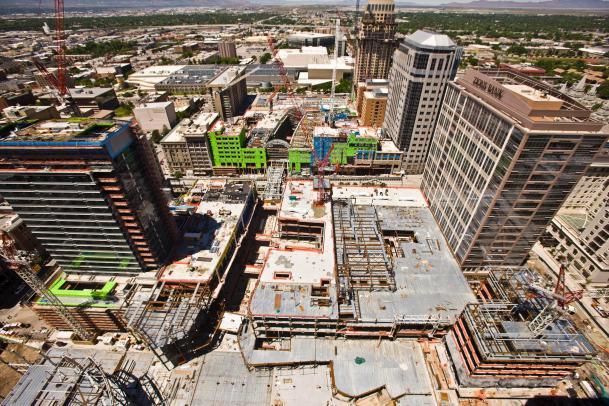 The American Planning Association highlighted Utah cities and towns in the October issue of their monthly trade magazine.

According to the article, Utah is a study in contradiction: “with few people living in the mountains and desert valleys, it's one of the fastest growing states.” From City Creek to the Wasatch corridor, light rail and limited water resources, Utah sees opportunity even as challenges present themselves.

Said writer Allen Best, “To understand the puzzle, you must peel back history, to July 1847, when the first band of Mormons, fleeing persecution in the Midwest, arrived in what was then Mexican territory. Led by their prophet Brigham Young, the group sought sanctuary in the desert valley bordered by mountains and the vast body of brackish water that we know today as the Great Salt Lake.”