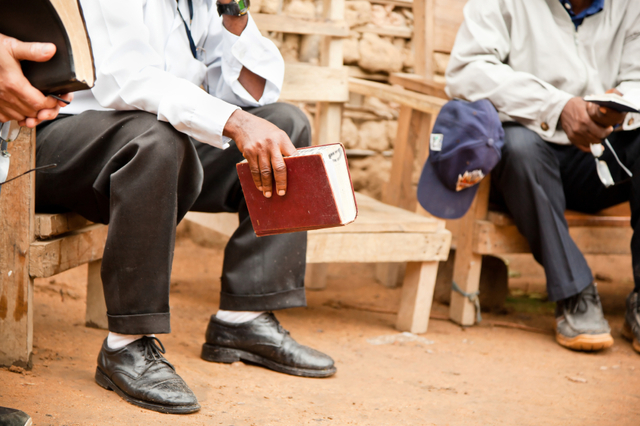 The One Secret to Serving a Successful Mission: Insights from a Mission President 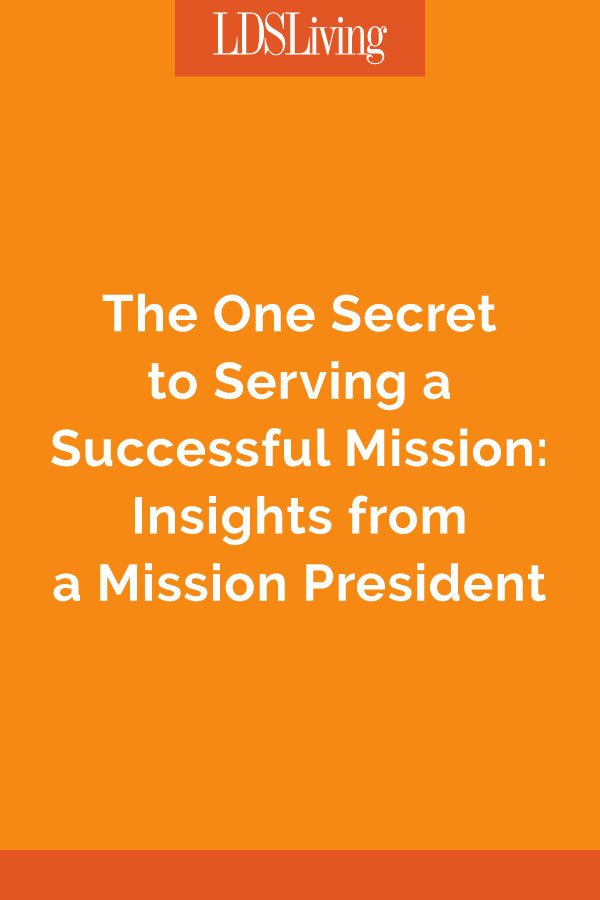 If we were to line up a dozen mission presidents and ask them the question, “Of all the important attributes a missionary can possess, which are the three most important to develop?” I’m confident that all would include in their reply the attribute of obedience.

President Ezra Taft Benson put it most poignantly when he said, “When obedience ceases to be an irritant and becomes our quest, in that moment God will endow us with power” (“Obedience—Life’s Great Challenge,” Ensign, May 1998, p. 82). Obedience is the first law of heaven. It is a primary covenant. It is a stimulator which  produces and increases faith. It is essential to meriting the trust and confidence of the Lord so that He can endow the obedient and faithful with power.

This, above all else, can bring success and strength to missionaries.

An Example of Exact Obedience in Action

One day, while serving as mission president, my cell phone buzzed--it was the one of the stake presidents in our mission. "Oh no," I thought. Calls from stake presidents outside of regularly scheduled meetings are seldom good news. When those infrequent calls come, there is often a negative reason—a spiritual or physical concern for a missionary.

“Buenos dias, presidente,” I said, answering the phone. He was cordial, then requested, “President Christensen, I would like to visit with you regarding two of your missionaries.”

My heart dropped! This was not a good sign. I said, “Okay, who do you need to talk about?”

His response added a stab to my heart, “No president, I want to come to your office to talk about them in person, face-to-face.” I asked him how soon he could be at my office and he replied that he could be there within a half hour. As I waited for him, I went to the picture board where photos of all our missionaries were on display.

I looked at the pictures of  each of those missionaries, asking myself, “Who could it be? Who is struggling?” We had an ‘obedient’ mission and as I looked at the faces of each missionary I could not imagine even one of them causing a problem. Confused I continued to look at the pictures, asking the Lord to help me know what the problem might be and how I could help.

Soon the stake president arrived. After a friendly Chilean abrazo (hug), we walked a few steps over to the board with the missionary pictures. The stake president looked me straight in the eyes and, pointing to the pictures of two missionaries, kindly and confidently said, “Presidente, I don’t know which one of these missionaries is Ammon and which one is Aaron, but I am sure they’ve got to be them!”

Then, referring to the board containing nearly 200 missionaries, he said, “You should be proud of all your missionaries. They are wonderful and effective messengers of the Lord, but these two,” (pointing again at the two missionaries) “these are powerful missionaries.” 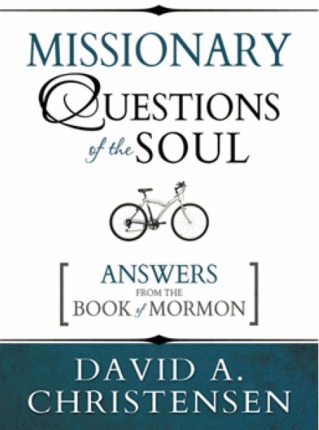 Is there a God? How can I find happiness in this life? How do I know if I'm feeling the Spirit? Questions of the Soul provides keys to answer these and other similar questions — questions you may ask yourself as you prepare to serve a mission or that investigators may ask you in the field. With this resource, the earnest seeker will discover their own answers and build testimonies.

Get your copy today at DeseretBook.com.

He went on to relate a personal experience he had the evening before when these two missionaries had come to his home to teach a young couple who were special friends of he and his wife. The president and his wife invited the missionaries to join them at dinner.

As a mission we had discussed the issue of members inviting missionaries to eat dinner, which usually was late getting started, resulting in an entire evening lost waiting for dinner. So our missionaries were taught to discreetly decline and try to zero in on a time frame, helping them to not miss out on ‘prime time’ for teaching others. The missionaries declined dinner but accepted the invitation to come for dessert, after which they could move right into the discussion.

“Oh Presidente Christensen, they were marvelous!" the president said. "The Spirit was present, they asked wonderful questions, testified in plain and simple words, and I was so excited for our friends who were also visibly connected to the missionaries.”

But in the middle of the discussion the stake president noticed the older missionary looking discreetly at his watch. Then, as the senior companion took over, his junior discreetly checked his watch.

The stake president checked his own watch. It was nearly time for the missionaries to be in their apartment for the evening. “Oh but Presidente Christensen, the spirit was so strong! I didn’t want them to stop!”

The stake president asked to meet the missionaries for just a moment in the kitchen. They quickly stepped behind closed doors where the president told them he would talk to me about it the next day and let me know the reason for their tardiness. He complimented the missionaries, adding that if they would stay longer, past curfew, he would give them a ride though they lived just a few blocks away.

The missionaries were quiet at first, then the older companion looked at the president directly in the eyes and said, “President, we are here to serve you, the Lord, and share the gospel with your friends. Our mission president, Presidente Christensen, has promised us that if we will be obedient with exactness we will have the power to convert and bless the lives of many, including your friends.”

Then, the president said with emotion in his eyes, “They asked me, ‘president, what do you think we should do?’”

“Be obedient,” the stake president answered.

They returned to the living room and finished their abbreviated first discussion, delivering a powerful testimony and witness. The couple were riveted and felt the spirit. I was emotional, as well, as I thanked the stake president for this wonderful feedback.

“No, I’m not done yet,” he said. “There’s more.” Following an invitation to pray about what they learned that evening and to continue learning other discussions, an appointment was set. The missionaries courteously thanked the stake president's wife for the dessert and excused themselves as the president accompanied them to the door. As he said goodbye and closed the door, he could hear the missionaries take off running full speed so that they would arrive to their apartment before curfew.

"When I returned back into the living room," he continued, "I explained the need for the missionaries to leave and a little about the schedule of  missionaries and their daily life.” Then his friend said, “I know we need to learn more about your church. If your church produces great people like those two young men, then we want to be a part of it.”

With emotion and  love in his voice, pointing at the photographs on the picture board he repeated, “Presidente, I don’t know which is Ammon and which is Aaron, but I’m pretty sure they are them—those are two powerful messengers!”