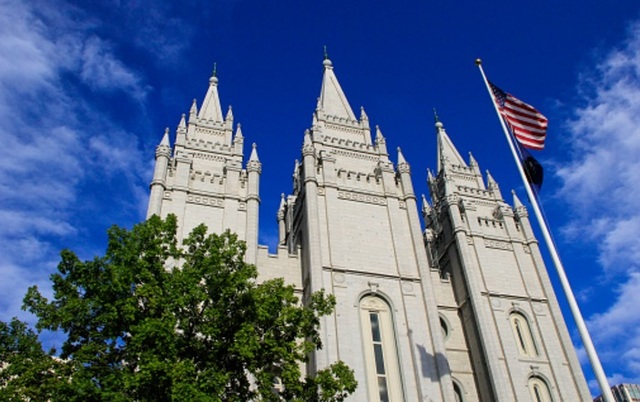 Inter-Religious Podcast: "I’d Like to Just See the Mormons Run the Country"

First Things is a podcast and magazine published by The Institute on Religion and Public Life, an "interreligious, nonpartisan research and education institute whose purpose is to advance a religiously informed public philosophy for the ordering of society."

So you can imagine my surprise when I stumbled upon one of its podcast episodes where I heard podcaster Matthew Schmitz say, "I’d like to just see the Mormons run the country, and I think a lot of Americans feel the same way.”

The talk on the podcast had turned to the vice presidential candidates and their faith. During the discussion, when asked about the labels that get attached to certain religions, Matthew Schmitz brought up the example of Mitt Romney, saying in a humorous, albeit blown out of proportion, way:

"Most Evangelicals were happy to vote for a Mormon, Mitt Romney . . . I, for one, would be happy to see Mike Lee, the Mormon senator, installed as a Caesar. I’d like to just turn our polity over to him and to a Mormon ruling class because they have preserved WASP virtues without accepting the worst of the left-wing ideology. So I’d like to just see the Mormons run the country, and I think a lot of Americans feel the same way. Perhaps we'll see that happen in the coming years."

Matthew Schmitz is by no means the first person to note how LDS culture and members have an important economic, social, and political impact on our nation.

But a Mormon ruling class? Though there is much to love about Mormon culture and the Church's focus on family, self-reliance, community service, and a number of other values, I wonder if Schmitz overestimates our abilities just a bit.

While the Church's Welfare Program has been lauded as one of the best in the world, we know that what makes Church programs so successful is the source of their inspiration, our Heavenly Father. His divine guidance in Church and family matters is truly what leads to success.

But Mormons as a whole are just as biased and flawed as the rest of humanity. Though we continue to work on refining our characters and seek personal revelation, there's no doubt about it—we haven't reached perfection yet. Still, it's encouraging to know people are taking notice of the positive influence Mormons have in politics and other areas of life.