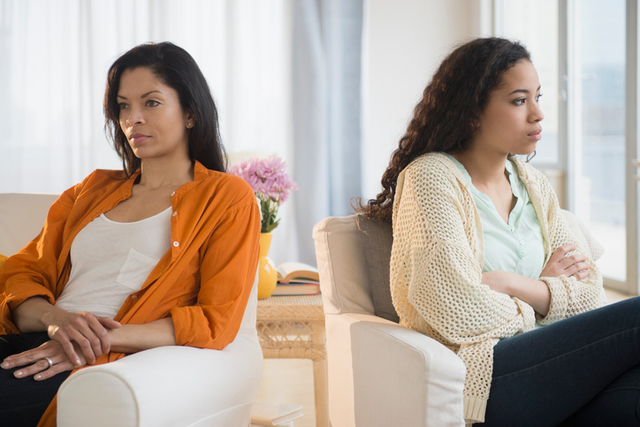 Is Anger a Sin? Insights from Church Leaders and the Scriptures

Is anger a sin? I heard many different answers as I asked people this question. Some say it is a sin because it drives away the Spirit. Some say it is not a sin if the anger is controlled properly. However, Church leaders strongly encourage members to avoid anger, especially when it causes stress in our families. Here is what Church authorities have said about anger and how we can deal with it in our lives.

►You’ll also like: 4 Natural Man Tendencies That Hurt Marriages (+ How to Overcome Them)

Anger as “a Thought of Sin”

Fire if not controlled properly can cause great disaster; it’s the same with anger. If we are not careful, anger can easily take over and harm the people around us. President Spencer W. Kimball said, "anger is a thought sin.” President Kimball said if a man does not control his thoughts, it can easily lead to a sinful action. He explained when Christ preached the Sermon on the Mount, He gave a higher law: “Ye have heard that it was said by them of old time, Thou shalt not kill. But I say unto you, that whosoever is angry with his brother without a cause shall be in danger of the judgment” (Matt 5:21-22).

Brother Burton C. Kelly expounded on this concept in a 1980 Ensign article, saying, “anger against others is a result of sin, or unrighteous thinking.” He defined anger as an emotion “that results from judging others unrighteously, wanting to control others, or selfishly wanting our own ends met.” Although some may argue there is a healthy way to release your anger, Brother Burton suggested, “from a gospel framework, our goal is not just constructive release of anger, but the elimination of anger.”

There are several references to God’s anger in the scriptures. Brother Burton explained how God’s anger differs from men’s anger: “Anger is a feeling of hostility, resentment, wrath, or ire. None of these feelings was present nor, I believe, ever is present with God. I believe God’s actions are interpreted at times as arising out of anger because he applies consequences, including punishment, for violation of his laws. But when we look at God’s punishment, we find that it is just—there is no element of hostility or revenge . . . Many scriptures state that the Lord’s chastisement and the suffering that comes from it are for the benefit of his children and arise out of compassion.”

An example of this type of anger can be found in the Bible, when Jesus drives out the money changers from the temple. In this instance, Jesus says, “Take these things hence, make not my Father’s house an house of merchandise” (John 2:16). Jesus’s “anger,” as the Bible describes it, is used in this circumstance to serve God, honor Him, and bless His children.

Another example of Godly anger can be found when Joseph Smith rebuked the guards in Richmond Jail. Parley P. Pratt recorded about the night he and the Prophet Joseph heard the prison guards bragging about murdering and raping the Saints at Missouri: "I had listened till I became so disgusted, shocked, horrified, and so filled with the spirit of indignant justice that I could scarcely refrain from rising upon my feet and rebuking the guards; but had said nothing to Joseph, or anyone else, although I lay next to him and knew he was awake. On a sudden he arose to his feet, and spoke in a voice of thunder, or as the roaring lion, uttering as near as I can recollect, the following words: ‘SILENCE, ye fiends of the infernal pit. In the name of Jesus Christ I rebuke you, and command you to be still. I will not live another minute and hear such language. Cease such talk, or you or I die THIS INSTANT’” (Parley P. Pratt: Autobiography of Parley P. Pratt, ch. 26). The guards remained quiet until the end of their shift. Joseph Smith’s anger in this instance was a reflection of the love he had for the Saints. From these accounts, we can see Godly anger focuses on serving our Heavenly Father, sharing love, and a desire for others to become better. This anger or emotion is not selfishly motivated but reflects a desire to follow God’s will.

How to Deal with Anger in Our Lives

One of the greatest tasks in life is to govern our thoughts and emotions. President Hinckley said anger is “an indication of one’s inability to control his thoughts, words, his emotions.”

In Handbook for Families, it says, “Thus, to be angry is a choice we make; it is not ‘caused’ by anything or anyone outside ourselves. If we can teach our children, in both words and actions, that choosing not to respond in anger is within our control, we will teach them one of life’s most valuable lessons.”

To overcome human weakness, we simply cannot do it ourselves. We need the grace of God. LDS psychologist, Wendy Ulrich says in a 2015 Ensign article that to overcome human weakness we need to have humility, faith in Christ, and put forth the efforts to overcome. Even when anger arises we can choose not to act on it and instead allow our emotions to compel us to a greater desire to serve God and His children.

The Handbook for Families continues, “When we are motivated by love, rather than by selfishness, we will not let anger influence our relationships with each other.” Whenever you feel anger, ask yourself why you are feeling this way and pray to God to help you handle the problem in a constructive way and eliminate negative feelings. “If our feelings are good, we are more likely to have appropriate desires, to take right actions, and to act for the right reasons,” says Elder Oaks (Pure in Heart, p.150).

Brother Burton also offered a tip on dealing with anger: “Until we achieve our goal of no anger, we need to remember that the gospel does contain guides to the constructive release of anger. One of them comes from Ephesians 4:26: ‘Let not the sun go down upon your wrath.’ In other words, deal with the expression of anger as it arises rather than allow it to fester.”

Don’t get discouraged when you are trying to address your feelings of anger. Remember perfection cannot be achieved in this life. However, with help from God, we can continue to improve and develop stronger relationships. 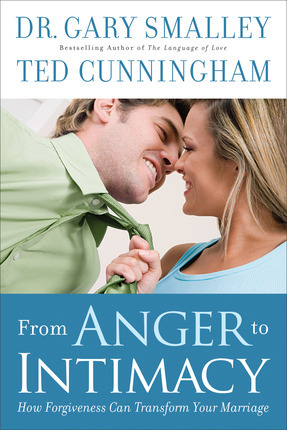 Anger begins as frustration, hurt, or fear. When these emotions aren't dealt with, they fester and intensify into resentment and rage — and the intimacy you once enjoyed in your marriage is driven away. But there's a better way, a way that leads to a marriage that goes the distance.