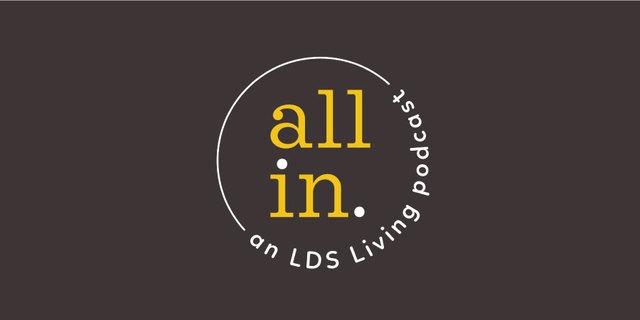 Is It Okay to Fictionalize Church History? Historians Discuss in All In Podcast

Is it okay to present history through a fictional event that never happened? That’s exactly what the new movie Jane and Emma portrays. In the first episode of LDS Living’s new podcast, All In. Historians Jenny Reeder and Janiece Johnson have an interesting conversation with LDS Living host Morgan Jones about whether they are comfortable with the fictional convention used to portray the relationship between Emma Smith and Jane Manning James.

MJ: This night that the movie is portraying, where Emma and Jane are together and they’re having this kind of heated discussion, actually is fictional as far as we know. As historians, how does that go over with you?

JJ: (Laughing) I perhaps am a little grouchy just generally about historical movies.

JJ: Because a historical movie has to make some concessions. I also think that historical movies tend to sometimes make concessions that they don’t have to make, and there are parts of the narrative that I think perhaps efforts could have been made to make them a little more historically accurate. But as I think about the movie, I really appreciate the mechanism of this evening, of creating this night that the movie takes place in, gives us an entrance and a foray into their lives. So, I’m not really concerned with the fact that this was made up. And honestly, in comparison to some other historical movies, I think we’re actually on pretty solid ground with this movie because this night, it is fictional, but it’s used as a way to access their whole lives and to tell this narrative and this really powerful story of these two women. We know that they had a relationship, we believe that that relationship was important, and the mechanism enables us to learn more about those two women. And I think that’s really powerful.

JR: I think the very first thing that trips me up about the historical accuracy of the movie was it was set in either February or November. It was bitter, raw, no leaves on the trees. And obviously Joseph Smith died at the end of June, so at first I was like, ‘The timing is all off on this.’ But as I was drawn into their lives, I realized that that timing, that season, was so accurate in describing the emotion between these women and around this event and it worked so well for me. There were certain things that, like Janiece said, really display this emotion. There’s one scene in particular in the middle of the night, in the middle of a thunderstorm…that just make these women real. As historians, it’s really hard to throw in dialogue because we don’t know what their conversations were. We know mostly what’s recorded in journals and letters, or reminiscences in Jane’s case. I do think there’s a very liberal perspective on Joseph Smith and race. There are a few things that we do actually have his words on. That said, I think this is a movie for our day. I think we, as Latter-day Saints and as people of other faiths, we need to be that inclusive and that loving, and we need that idea and perspective of race to be engrained in who we are. However, having said that, we don’t want to whitewash our history and make it look like it’s always been like that, that there wasn’t a period of time where Jane wasn’t allowed to go to the temple.

JJ: And I think the epilogue, of course, adds to that and identifies that. So that’s not whitewashed there. I think that as I’ve been thinking about the movie, I also feel like it does a really good job of voicing some of the experience of those of African descent in the Church. I’ve had a lot of students, both African-American and students from the continent of Africa, who have been very forthright in sharing their experience in the Church, and for many, it has not been a pleasant experience. Or they grow up in the Church on the East Coast and never felt racism in the Church until they came to the West. I think the worst thing that could come out of this movie would be Latter-day Saints going to this movie and saying, “Oh, isn’t this nice? And isn’t this nice this is all in the past?” Because it is very clearly not all in the past and that is on us, and we need to work to eradicate any of those racist intentions or feelings or comments that degrade the infinite worth of another human being.

For the full discussion, including the historians’ thoughts on the historicity of the movie and their feelings about the two female Church heroines portrayed in it, check out the new LDS Living podcast, All In, by visiting www.ldsliving.com/podcasts.