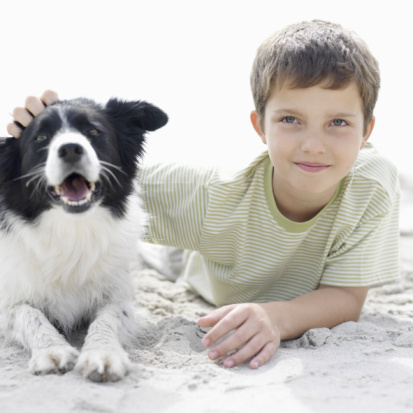 Bonding with a dog sounds like the perfect remedy for children who have lost their trust in people, and BYU undergrad Trisha Markle wants to quantifiably confirm whether the practice works.

The pilot study she’s co-managing with staff at the Utah State Hospital involves two dogs and a team of handlers that support therapy for children under the age of 10. Trisha supervises the video crew that records and categorizes the children’s behavior, facial expressions and interactions during therapy sessions.

Children struggling with reactive attachment disorder tend to have a history of abuse or neglect.  Smiling and initiating conversation often do not come naturally. That’s where dogs come into the picture.  The children are taught the way dogs express emotional cues and spend time playing with them, eventually training them to do tricks. Each child is given one-on-one time with a dog.

“The kids are nervous at first, but come to really like the dogs and ask about them when the dogs aren’t there,” Trisha said.  “One student was very quiet and shy at the beginning, and now he’s opened up and is more energetic.”
Read the rest of this story at news.byu.edu