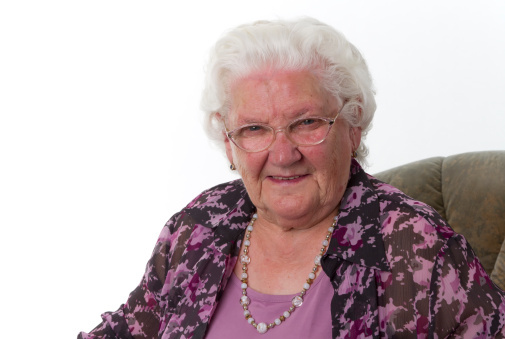 Is there an after-the-age-of-reason limit for very old LDS church members?

I read a very interesting article in the (Salt Lake) City Weekly, “Sealed Fate: A burning in Ida Smith’s bosom leads her to Christopher Nemelka’s new spiritual order.” It details how Smith, nearly 80 and a descendant of LDS Church co-leader Hyrum Smith, has converted to the claims of Nemelka, who says he translated the sealed portion of The Book of Mormon.

As a result, Smith, a former head of the BYU Women’s Research Institute, has rejected her church, given her home and many possessions to Nemelka, and was excommunicated from the LDS Church in 2008. One incident that may have prompted the excommunication was Smith taping a conversation she had with LDS Apostle Jeffrey Holland, who tried to talk her out of following Nemelka, who proclaims the usual — multiple revelations and claims that the current LDS Church is in apostasy, etc.

Nemelka, who has a criminal record, seems a hustler to me, but he obviously appeals to an elderly woman who never married and seems to have slipped into very eccentric behavior. According to the article, Nemelka has at least 80 followers of his “restored” sealed plates version of the Book of Mormon.

But this is not really about Nemelka or his doctrine. Instead, just as there is an “age of reason” standard for baptism — eight years old — I wonder if there should be an “age of reason” test for elderly members of the LDS Church who do something like Ida Smith did that seems more a case of advanced age than apostasy.