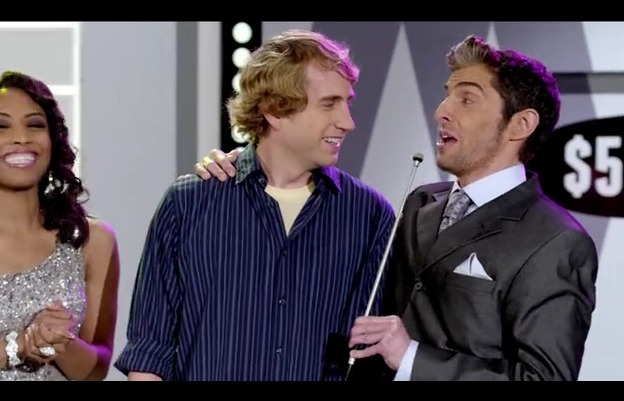 Two well-known LDS actors got a chance for world-wide exposure during the Super Bowl yesterday, appearing in two different commercials.

Kirby Heyborne (The RM, Saints and Soldiers, Midway To Heaven) appeared in a “Cram It In The Boot” game show ad for Mini Cooper.

And it sure looks like K.C. Clyde (The Best Two Years, The Dance) featured in the Bud Light “Dog Party” ad.

If that’s correct, is trouble brewing (no pun intended) for K.C. after appearing in an ad for beer? Ironically, Kirby Heyborne is the one who has the most personal experience in the matter, having sparked controversy himself two years ago after appearing in a Miller Lite commercial. The ad, coming on the heels of the writers’ strike which made acting jobs scarce, ended up costing Kirby some local Utah endorsements and concert bookings.