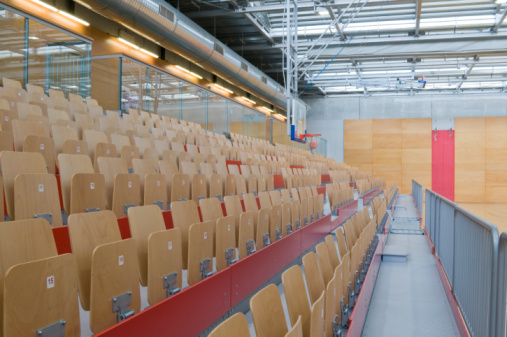 It Was Just a High School Assembly

The event was similar to what we could find at a typical high school in Southern California on a Friday for an assembly. There was a big game that night between rival schools and a dance was to take place afterwards. The bleachers in the gym were filled with nearly three thousand students. Excited to be out of their classes and with their friends, there were three thousand voices all abuzz about everything from the upcoming game to who broke up with who and what would be the appropriate attire for the evening. My daughter was a senior and one of the three thousand voices. She had brought home an announcement that the assembly speaker would be addressing the topic of "Overcoming Adversity." Uninvited and yet welcomed, I asked for and received permission from the principal to attend the lecture.

The noise from the student body was deafening and a determined vice-principal finally brought the crowd under control and yet there was a persistent din in the background. I quickly moved as close to the speaker's podium as possible in order to hear. What I expected was a polished presenter who would be dressed for success, someone filled with wit and wisdom, someone who had overcome drugs or alcohol and now was a role model at the top of his or her field of employment. What followed was a life changing moment.

Standing in front of the entire student body was a woman in her mid-forties. She was blind and flanked by her two daughters.

John L. Lund is an eductor traveling the world with Fun for Less Tours.