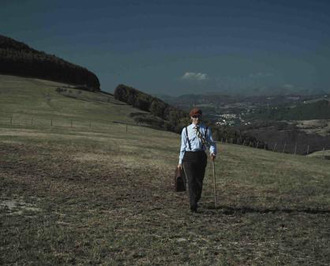 Marco Lui's movie, "The Book of Life," is truly a work done in opposition.

A talented Mormon comedian and TV show host — known as "Mr. Him" to Italian children — and successful screenwriter, Lui didn't have the money to produce it.

He didn't have the time.

But he kept waking up at night with ideas. So a year ago, Lui started production on the screenplay that he'd written five years ago and shopped to producers for three long years looking for someone to back it.

"All say, 'Wonderful story, but your name is not so famous,'" Lui said.