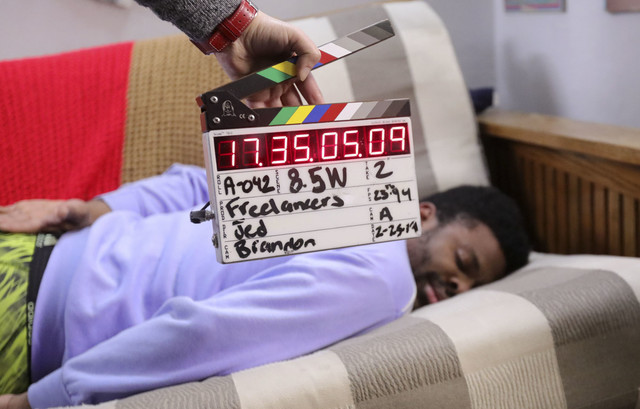 JK! Studios, a comedy group founded by members of the original Studio C cast, is set to compete on NBC's comedy show Bring the Funny.

Hosted by Amanda Seales and featuring celebrities Kenan Thompson, Chrissy Teigen, and Jeff Foxworthy as judges, the show will feature a variety of comedy genres including stand up and stretch acts and will air July 9.

“You put your live performance comedy skills to the test, which is how we started,” Stacey Harkey told Deseret News. “They want people that can put on a show, not only in front of a live audience, but for a broadcast audience, which is our jam.”

The show will run through September with live voting and the winner of the competition will take home $250,000.

“We’re really going to run behind that mantra of creating wholesome content for the world,” Harkey, said in an interview with the Deseret News in 2018. “We might be leaving one show, but we’re going to give you many, many more.”

"The caliber of the material they're doing is so good," Thompson said, according to the Deseret News. "They do so many different premises, and all of their stuff is easily watchable and easily laughable. It's so family friendly. You can just enjoy the pureness of it, because it is funny, from A to Z."