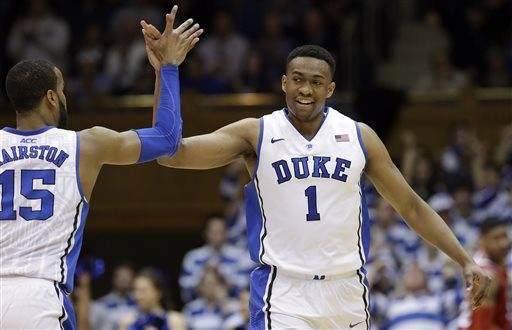 Jabari Parker: Off the Court

When the best basketball player at Duke isn’t on the court, he likes to be in his dorm room, watching cartoons. He’s had the same best friend since grade school, and the biggest party they ever attended was a Bar Mitzvah. His mom would occasionally take him and his siblings to the thrift store, where they could learn the value of a dollar and develop a personal sense of style.

Jabari Parker, the 6-foot-8, 235-pound son of a former NBA player, isn’t like most people his age – there are only a handful of freshmen being considered for the No. 1 pick in next year’s NBA draft. But he’s not like other young, elite basketball players, either. Those close to him attribute that in part to his Mormon faith, which Parker calls his base and foundation.