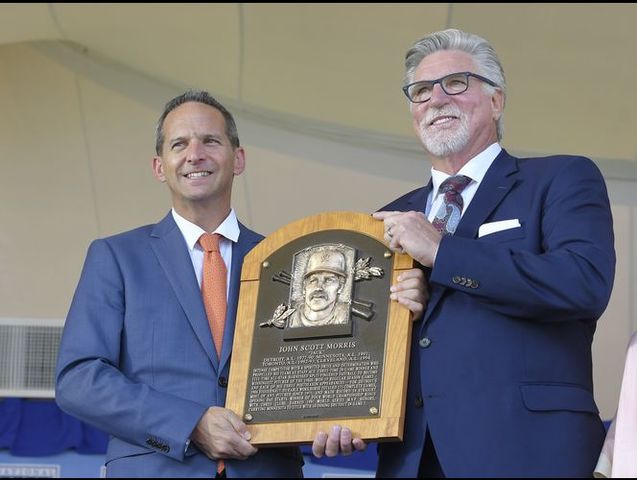 Speaking at the BYU baseball program’s First Pitch fund-raising dinner in January 2016, Morris was quoted by the Daily Universe as saying, “And to this day, I want you to know how proud I am to say I went to school here.”

Like many achievements of the past, Vance Law’s home run in that Monday Night Baseball game in Detroit just traveled a lot deeper into the left-field seats of Tiger Stadium.

That’s because Law now can say he once homered off another Baseball Hall of Fame pitcher – and a former BYU teammate.

Morris was just finding himself as a pitcher in Provo, having arrived from Minnesota with a talented, unpolished arm. His brother, Tom, who’s two years younger, pitched for better BYU teams and posted more impressive numbers over a four-year college career, before playing in the minor leagues and becoming a geologist.