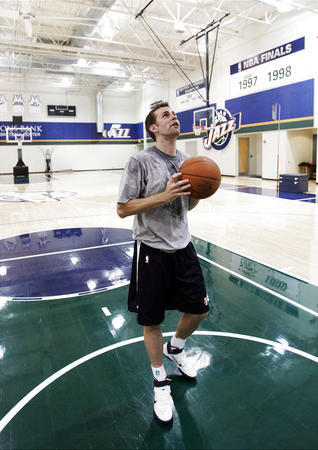 Jackson Emery hopes to join Jimmer Fredette in the NBA

If Jackson Emery gets his way, Jimmer Fredette will be accompanied by his trusty sidekick wherever the NCAA player of the year gets drafted later this month.

That's because when it comes to the NBA, Emery said the two former BYU teammates are "a two-for-one deal, no matter what."

General managers might want to take note of that.

The Lone Peak High product, who realistically admits he'll likely play professionally in Europe, added with a smile that he'll have to wait and see how his vocalized dream joke pans out.