Emma Smith and Jane Manning James are familiar names to many Latter-day Saints, but few are aware of the close relationship these two women shared. That’s because their friendship—remarkable in a pre–Civil War era—is documented only in a few scattered lines of historical text.

The film Jane and Emma, which was released in theaters in October 2018, peers between these lines into the emotional core of Jane Manning James and Emma Smith’s story. Set the night after the Prophet Joseph’s martyrdom, the movie explores what Jane and Emma’s friendship may have looked like in a time of deep racial prejudice.

In the film, Emma and Jane stay up together watching over Joseph’s body, worried that members of the mob who killed him will try to steal his body during the night.

Although there is no historical documentation that Jane and Emma were together the night following the prophet’s martyrdom, it’s possible that they could have been, and Jane and Emma runs with that possibility. The movie reconstructs Jane and Emma’s relationship by showing how these close-knit but very different women might have comforted and sustained each other during such a devastating period in their lives.

But how do we know that Emma, beloved wife of the Prophet Joseph, and Jane, a new convert and free black woman, were close friends?

The historical crux for a portrayal of Jane and Emma’s friendship comes directly from a paragraph in Jane’s autobiography, which she dictated to a friend when she was in her 70s. It reads:

Sister Emma asked me one day if I would like to be adopted to them as their child and I did not answer her. She said, “I will wait a while and let you consider it.” She waited two weeks before she asked me again. When she did, I told her, “No, Ma’am!” because I did not understand or know what it meant. . . . I did not comprehend (Goldberg, James, “The Autobiography of Jane Manning James").

This passage sparks a myriad of questions, including why Emma would offer to adopt Jane.

The word “adoption” had a much different meaning for Latter-day Saints in the early 1840s than it has for us today. Nowadays we associate adoption with taking in a child who is unwanted or has lost his or her parents. Jane, however, was in her early 20s at the time of Emma’s offer, and her mother was alive and living in Nauvoo.

Jenny Reeder, a 19th-century women’s history specialist for the Church History Department and a historical advisor on the film Jane and Emma, explains that the word “adoption” was almost  synonymous with the word “sealing” in early Church history and that the Church’s understanding of the sealing ordinance has developed over time as the Restoration continues to unfold.

In the early Church, Latter-day Saints were often sealed as adopted children to prominent Church leaders in order to create an eternal family connection between all faithful Church members. It wasn’t until 1894 that it was revealed through President Wilford Woodruff that sealings should happen only within families.

Emma’s offer to adopt Jane, then, was a “spiritual adoption,” Reeder says. Emma was offering Jane a place in their eternal family.

Other Evidence of Friendship

Jane and Emma’s connection developed while Jane lived with the Smiths, working as a hired servant at the Mansion House.

“She was born free,” Reeder says. “She was doing the same work that she had done before in Connecticut, where she’d worked as a domestic servant for a white family.”

In 1843, a year after her conversion to The Church of Jesus Christ of Latter-day Saints, Jane left her position at the home of Mr. and Mrs. Joseph Fitch and led her family 800 miles to join the Saints in Nauvoo. 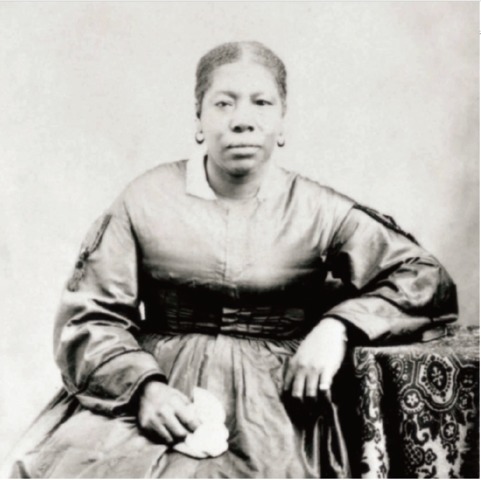 “We walked until our shoes were worn out, and our feet became sore and cracked open and bled until you could see the whole print of our feet with blood on the ground,” Jane recounts in her autobiography.

Despite many trials, Jane and her family pressed forward and witnessed miracles during their journey. When they finally arrived in Nauvoo, Jane and her party were directed to the Mansion House, where Emma and Joseph ran their home as a hotel for visitors. The new arrivals were greeted warmly.

“They’re very welcoming to her and her family, which is not something that they got a lot of as black people in the 1840s,” Larson says.

“When we found it, Sister Emma was standing in the door and she kindly said, ‘Come in. Come in!’” Jane recorded in her autobiography.

While Jane’s family members stayed in the Mansion House for only a week—later finding more permanent lodging elsewhere—Jane continued living with the Smiths and helping run the hotel. “It’s possible that she had a lot of intimate, everyday, ordinary interactions with Joseph and Emma,” Larson says.

Sealing to the Smiths

If Jane and Emma had truly developed such an intimacy, why would Jane refuse the opportunity to be sealed to the Smith family?

“She didn’t do it immediately in Nauvoo as Emma had invited her to because she was confused about what it meant,” Reeder says. Later in her life, however, Jane frequently petitioned in letters to the First Presidency to be sealed as a child to the Smith family.

But Church leaders continually denied Jane’s requests. The ban restricting black members of the Church from holding the priesthood had been announced in 1852, and black members were later restricted from temple ordinances as well. Although Jane was allowed to perform baptisms for the dead for her friends and family, she was barred from other temple ordinances (see Gospel Topics Essay “Race and the Priesthood”).

In 1894, however, while Jane was still living, Zina D.H. Young stood as proxy for Jane as she was sealed to the Smiths as a servant, rather than as a child. It is the only known instance of such a ritual, and little is known about it.

“They were uncomfortable sealing a black person to a white family,” Reeder says. “They were worried about creating an interracial eternal family.”

Listen to a podcast with Church historians Jenny Reeder and Janiece Johnson on this topic:

Sealings are discussed in Jane and Emma, but the complications surrounding Jane’s sealing to the Smiths are not the focus of the movie. Instead, Jane and Emma focuses on the beauty of an interracial friendship that blossomed during a time of great racial misunderstanding.

“The friendship between Jane and Emma is a beautiful thing, and it’s unexpected— not something you would think happens in the United States in the 1840s,” Larson says.

Throughout the film, Jane and Emma converse about their differences. “They talk about race, about Jane’s place—her place as a black woman in Nauvoo and as a black woman in Emma’s friendship,” Larson says. They also discuss other issues such as the place of women in the Church and on the American frontier.

Despite their differences, the two women are brought even closer together through their discussions. Co-producer Jenn Lee Smith says that is one reason she became involved with the film. Larson agrees. “I feel like one of the big messages of the movie is one of appreciation, appreciating people who are different than you are,” Larson says. “Differences can make us closer to each other than we think.”

All imagess courtesy of Excel Entertainment unless otherwise indicated 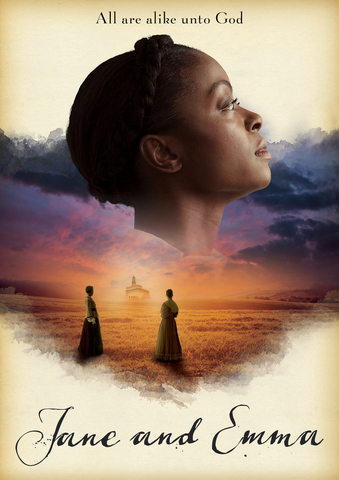 Don’t miss Jane and Emma on DVD at Deseret Book stores and on deseretbook.com.