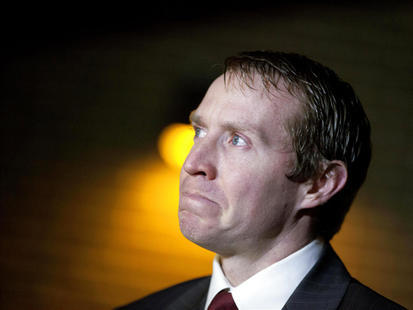 Dave Checketts is not a professionally trained clergyman. The former chairman of Madison Square Garden and the New York Knicks is currently CEO of Legends Hospitality, the concessions and merchandise company he jointly owns with the New York Yankees and Dallas Cowboys.

But he's also a lay minister for The Church of Jesus Christ of Latter-day Saints with oversight of 10 Mormon congregations in Fairfield County, Conn., including the one in Newtown.

On Friday morning, Checketts had left his New Canaan, Conn., home and headed to his Park Avenue office to prepare for a weekend business trip to Dallas for Sunday's Cowboys-Steelers game. He and Cowboys owner Jerry Jones planned to host a group of new investors. But late morning he got an email about a shooting at Sandy Hook Elementary. From his laptop, he accessed the church records for Mormon families in Newtown. Five of them had children that attended the school.