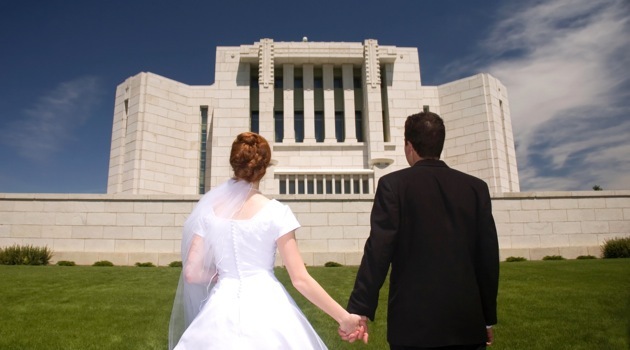 When it comes to interfaith marriage, is there anything that Jews can learn from Mormons? Most Jewish leaders would not relish this comparison. After all, what does a liberal, cosmopolitan group of immigrant grandchildren have in common with this American-born collection of conservative Christians? Well, more than you might think.

For one thing, they make up a similar percentage of America’s population (about 6 million people), with larger concentrations in a few places — Jews in major metropolitan areas, Mormons in Utah and other Western states. Mormons, on average, do not match Jews in terms of their wealth or education levels, but the former have been gaining and now seem to occupy a disproportionate number of elite positions in government, business and academia.

Over time, though, a significant portion of these marriages becomes same-faith. And it is because of the church’s attitudes toward interfaith couples and nonmembers in general that this is the case.