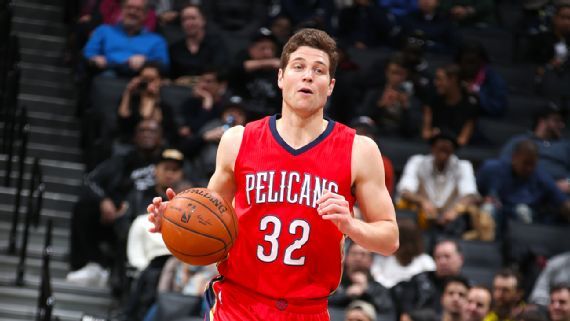 Sources have confirmed to ESPN that former BYU basketball star Jimmer Fredette has agreed to terms on a contract with the San Antonio Spurs.

Fredette has had a quiet pro career since being drafted in 2011. However, his play while a point guard at Brigham Young University earned him near-unanimous recognition as the collegiate player of the year. His explosive offensive play and tendency to take near-midcourt shots--and make them--turned Jimmer a national celebrity and local legend. In the height of 'Jimmer-mania,' President Obama called Fredette "unbelievable" and the "best scorer . . . in the country."

Though they had a heartbreaking Game 7 exit in this year's playoffs, the Spurs have been a title contender for almost two decades. Though their longtime core of Tim Duncan, Tony Parker, and Manu Ginobili are all reaching the twilight of their careers, coach Gregg Poppovich has been rebuilding. The acquisition of big man LaMarcus Aldridge reenforced the franchise's elite status, while signing Fredette is likely to give the Spurs a needed spark off the bench.

Details of the contract are not available at this time.