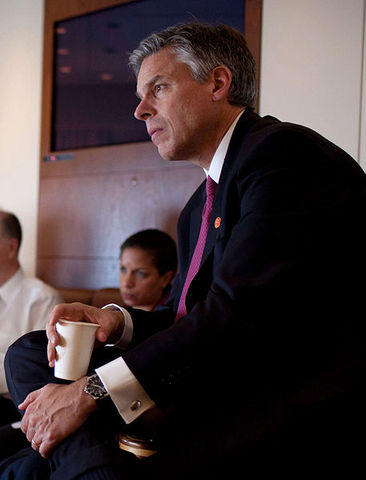 Jon Huntsman, Jack Mormons, and the question of faith

This morning, while going through recent news articles tagged for their relation to Mormonism, I came across an article titled, “Is Jon Huntsman a Jack Mormon?” This was one of those articles I knew would be interesting from the get go. It didn’t disappoint.

I was intrigued by this article for a couple different reasons.

The first (and I wasn’t expecting this) was that it explored the term “Jack Mormon.” Until reading this piece, I didn’t realize that the term referred to people who aren’t really active but still have favorable views toward Mormonism and cultural ties as well. (By this definition, someone like actress Katherine Heigl would be considered a Jack Mormon.)

This term also helps explain what some recent articles (almost all of them covering Jon Huntsman’s Mormon meter) have said about “unorthodox” Mormons being a growing class among members of our faith. Is it really a growing phenomenon for Mormons to be ambivalent, like some Catholics or Protestants?

In short, as this article explains, no. These kinds of Mormon adherents have been around for a long time, but have simply been called Jack Mormons. (The “Get Religion” columnist says this term is not pejorative, but I think I disagree. It at least carries with it some latent negativity.)

But the second (and more important) reason I found this article interesting was for its continued obsession with classifying Jon Huntsman’s faith. I’ve seen a lot of articles come up about this issue since he made his famous “I get satisfaction from many different types of religions and philosophies" statement over a year ago. Perhaps most notable were those in the Boston Globe and CNN (though the topic of his religion also appeared in everything from The Huffington Post to Vogue).

We continue to include some of these articles on Mormon Report because they’re of interest to Mormons (including me), but I’ve started to wonder why. Why does this issue intrigue us so much? Why does it matter? One obvious answer is that we Mormons simply like reading about other Mormons who have influence and how they live their faith. But I think there’s another, slightly darker possibility: we like reading about these things because it gives us something to positively compare ourselves against (as in, “well, I’m doing better than he is”).

I’d like to take it one step further. When we read about Jon Huntsman and unorthodox Mormons like him, are we subconsciously harder on them than we would be on any other person because of a kind of a "you have it but you don't appreciate it" mentality? I would certainly hope we would treat everyone—the active of our faith, people of other faiths, and people of our faith who are on the spectrum between less active and completely dissociated from the gospel—with the same respect. But once again, I wonder.

A testimony is a deeply personal thing—so should we really get hung up on how strong someone else’s is?

I can understand pure curiosity. I can also understand a desire to know just what a “representative” of our religion is really representing. But I also think it’s time to question our motives in this spiritual gossip.