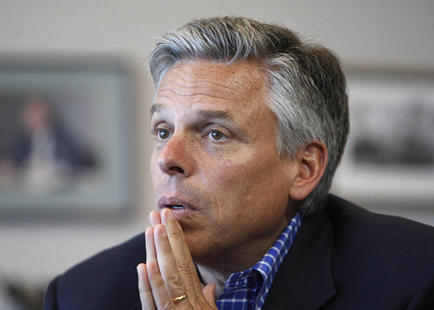 Jon Huntsman Jr. ready to hit the campaign trail for Mitt Romney, calling him 'best of the options we have'

"I see him as the best of the options we have available," Huntsman said of Romney in a wide-ranging interview with the Deseret News and KSL-TV. When asked about the strength of his support, Huntsman said he saw his comment "as a ringing endorsement."

Romney, he said again, is "the best we have out there. We have a choice at the end of the day and he's my choice. I think he's the best equipped by far to deal with the economic issues and challenges that confront us."