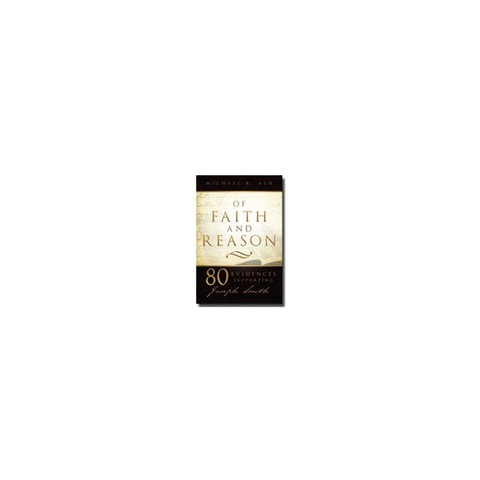 In 2008, as my book Shaken Faith Syndrome was getting ready for publication, I contemplated on the fact that most of the book engaged the negative influences toward belief; my book addresses these negative influences and provides specific answers to common anti-LDS arguments. But I was a bit bothered that I hadn’t really included some of the wonderful and exciting evidences in favor of belief. So just a few short months after Shaken Faith Syndrome came off the press, Cedar Published my book, Of Faith and Reason: 80 Evidences Supporting the Prophet Joseph Smith.