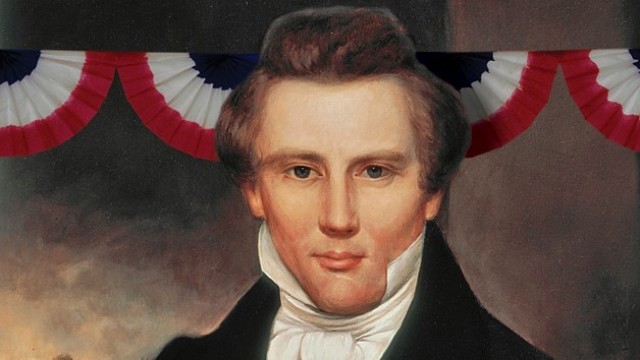 The Church Historian’s Press today announced the release of the latest volume of The Joseph Smith Papers, which features the final installment of the journals of Joseph Smith, the founder of The Church of Jesus Christ of Latter-day Saints. Journals, Volume 3: May 1843–June 1844 “captures the complexity of Joseph Smith’s life and provides a framework for understanding the events of the final year of the prophet’s life, unmatched by any other single contemporaneous source,” said volume coeditor Alex D. Smith.

The volume features the conclusion of Joseph Smith’s second Nauvoo journal, which was kept by scribe Willard Richards. This volume allows readers to study Smith’s daily activities and personality as well as to better situate him and the faith he founded within nineteenth-century American history.

Covering May 1843 through June 1844, this volume illuminates a time that was both turbulent and productive for the Mormon prophet. During this period, Joseph Smith served as leader of one of the largest cities in Illinois and of a church with members spread through the United States and other countries.

This volume documents many of Joseph Smith’s sermons on subjects such as salvation, resurrection, baptism for the dead, priesthood ordinances, a multi-tiered heaven, and humanity’s potential to become like God, and offers a glimpse into his introduction of temple ordinances. The volume also covers topics such as the establishment of an organization called the Council of Fifty and Joseph Smith’s candidacy for United States president.

The journal also refers to conspiracies against Joseph Smith’s life. Controversial teachings, the practice of plural marriage, Smith’s growing political power, and other factors had led to loud criticism and threats toward Smith and other church leaders, and ultimately led to his arrest and martyrdom at the jail in Carthage, Illinois.

Included as appendixes to Journals, Volume 3 are two additional sources—never before published—that shed light on the final two weeks of Joseph Smith’s life: an excerpt from Willard Richards’s journal for 23–27 June and an account of Smith’s 10–22 June activities made by William Clayton. Given these scribes’ proximity to Smith, their records provide invaluable primary source material for studying the events leading to his death.

Find out more about the last year of the Prophet Joseph's life with The Joseph Smith Papers.