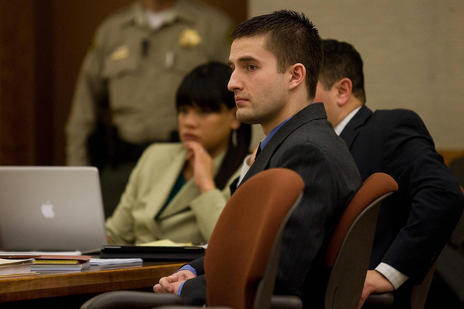 A jury found Martin Bond guilty of killing a BYU professor during a robbery.

The verdict was announced about 10:35 p.m. Friday after five hours of deliberation.