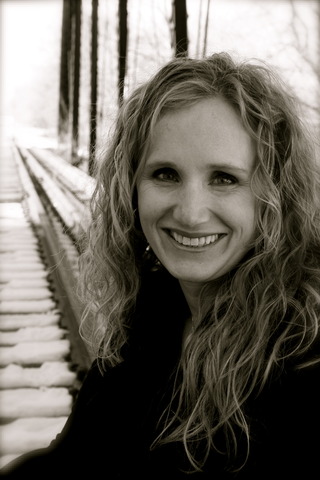 1.  LDS Living: Which comes first in a story--the recipe or the crime?

JK: I guess the recipe comes first, since it’s a basis for the title and the location where the story is set. And yet, the crime always has something to do with that recipe and the recipe title always has a double meaning—the actual dessert and something that foreshadows the plot line a little bit, so I guess it’s harder to determine which came first. Hmmm . . . I can’t believe I can’t answer the very first question. How embarrassing.

2. LDS Living: How do you choose recipes?

JK: Many of them are simply things I love to make or love to eat. If I do say so myself, I’m a pretty good cook and a really good eater. A lot of my favorite recipes are mixed in to the books, as well as some recipes donated by family and friends. There are always a few recipes inspired by the location where the story is set as well. One thing I noticed when I picked up a couple other culinary mysteries, was that the recipes were rather gourmet; Roquefort Cheescake and Sun-dried tomato Hummus Salad—things I would never make. I’ve purposely kept the recipes in these books relatively main stream. I want people to be able to make them and enjoy them, not have to order special ingredients through an organic market or spent $20.00 on a specialty item. For a more sophisticated cook, they may be disappointing, but for the average person who deems the kitchen their favorite room in the house, I think they can enjoy both the success of making the recipes and the enjoyment of having a good result.

3. LDS Living: Do you develop the final recipes yourself?

JK: I have had a “Test Kitchen” since after turning Lemon Tart in and being a bit panicked that the recipes wouldn’t work in other people’s kitchens. Right now I have eight cooks to make each recipe at least twice, giving feedback on what worked or didn’t work. We coordinate it through a private blog and they are priceless. They have suggested recipes as well and are amazing cooks and good friends. I couldn’t do this series without them.

4. LDS Living: What about food made you think "murder"?

JK: Actually, the first book in the series, Lemon Tart, was inspired by a writing contest Jeff Savage (J. Scott Savage) did on his blog several years ago. He was asking for first chapters of mystery novels that involved food. I was frustrated with my current project (which happens more than I’d like to admit) and took on the entry as a kind of recess break. By the time I entered the contest (which I did not win, by the way) I was in love with Sadie and wondering what this story was about. Just goes to show how powerful a tiny spark or opportunity can be.

5. LDS Living: Will you ever look at key lime pies the same way again?

JK: (Laughs.) We had so much key lime pie at my house that I’m not sure any of my kids ever want to eat it again in their lives. And juicing key limes, which are about the size of a large marble, is a miserable experience I wouldn’t wish on anyone...well, maybe on a few people; but they deserve it!

6. LDS Living: On a superficial level, there are some similarities between Sadie Hoffmiller and Jessica Fletcher of Murder She Wrote. What inspiration have you drawn from this or other characters in your real life?

JK: There’s a lot of Jessica in Sadie; traveling to locations, noticing tiny details that are important, being independent and a little more mature. I also like that Murder She Wrote didn’t involve depraved crimes or excessively gruesome or deviant murders. However, I also pulled some of Sadie from other characters like Miss Marple as well as real people like Paula Deen. I hope that she doesn’t come across as too prototyped—in my mind she is very much her own person—and yet it was fun to take some of my favorite characters and mold their characteristics into her.

7. LDS Living: What trait do you admire most in Sadie?

JK: The fact that she doesn’t judge people. Even when she sees things she doesn’t agree with, she’s not judgmental or mean spirited. She is also very dedicated to the relationships in her life and truly wants to help people. While she is driven by her curiosity that lands her and others in the soup, she wants the best for the people involved.

8. LDS Living: What is the most difficult part of writing about murder?

JK: The hardest part is figuring out a motive. Why would someone kill someone else? It’s hard to find what feels like a good enough reason and, ultimately, it never is. It’s always based on selfishness and evil intentions; which is sad. For every motive portrayed in my book, I’ve spent hundreds of hours thinking about it. The next hardest part is making it different enough from prior books that I’m not telling the same plot line over and over again; that’s been a big challenge for me.

9. LDS Living: Who is your biggest fan?

JK: Of my books, it’s hard to say. I have a few dozen people who count the days between book releases and are great supporters through their blogs and word of mouth. But when I read this question, the person who first popped in my head (before I analyzed my answer) was my husband, Lee. His faith in me, as a person and a writer, has made all the difference. He celebrates my successes and eases my struggles and has worked hard to make room for this in our lives. It’s a gift to know that should this part of my life ever fade away, he will still be on the front row applauding for whatever comes next.

10. LDS Living: Can you give us a taste of your next culinary mystery?

JK: I am just finishing up the final details on book five in the series, BlackBerry Crumble. It’s set in Portland, Oregon and follows Sadie’s first case where she’s been hired to try and prove whether a murder has taken place. In true Sadie style, however, she finds herself veering away from the direction her employer pointed her in and ends up making very different connections that don’t go over all that well. It’s been both very fun and very challenging; hopefully it works as well as the others have.