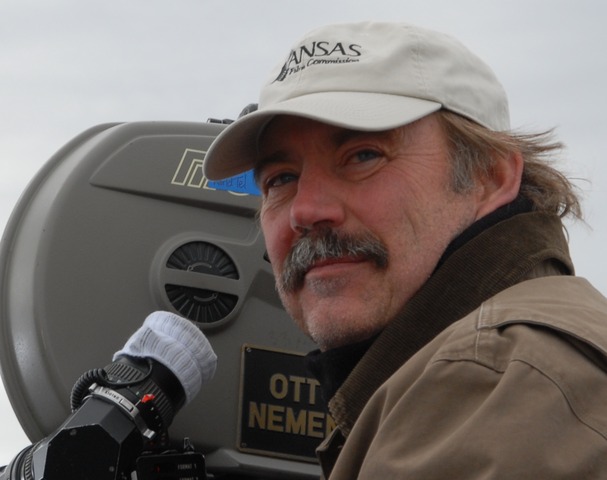 What inspired you to become a filmmaker?

My high school aptitude test came back saying that what I would be most suited for was to be a candy wrapper. As fulfilling as that job may have been, I had already decided years earlier to work in the film industry. Watching my Dad film home movies fascinated me. Plus, pretty much the rest of my family works in the medical field, and I knew I wasn't smart enough to do that so I'd better find something else!

How do you find the stories you make into movies and decide what projects to work on?

Our stories come from various sources: research, referrals, family stories. I put a lot of thought into choosing a project. A feature film for me pretty much takes up 2-3 years and ultimately, it's the story that makes or breaks a film, so I try not to just jump into a project without really thinking it through.

How did the focus on LDS filmmaking come about? Did it come to you, or was it a genre you specifically sought out?

The truth is that only about 30 percent of what I do results in LDS films, but it is the area I have found to be the most rewarding. As members of the Church we have such a great heritage. I find the stories that have been left to us to be amazing and inspiring AND they have been the best stories that I have been able to find. If it's the best story, it's the best choice for a film.

When you’re not working on a film, what do you enjoy doing?

As my wife will attest, I don't do much else. I don't mow the lawn, I don’t know how to fix things, I can't even shut a drawer all the way. I'm pretty much always either away at work or home at work.

In 2010, you were invited to join the American Society of Cinematographers, an elite group of around 330 members. What was that experience like for you?

Being invited into the A.S.C. is still surreal for me. As part of the process to get in, I was interviewed by an amazing group of cinematographers and for some unknown reason, they left a crack open in the door and I ran through it like a rat sneaking into the house. I honestly don't deserve it, but I'm not giving it back!

Oftentimes your movies contain scenes that can be very spiritual. How do you handle shooting moments like that?

The scenes you refer to are the culmination of many hours of thought and pre-production . . . trying to write the scene in a way that I feel will convey the spirit of what happened and convey deep meaning to viewers . . . casting actors who have the depth to pull it off and a terrific crew that executes and adds to my ideas . . . then having a great editor (my son Tanner) who can see through all of my mistakes and find the jewels to string together to make the most out of the footage.

Many of your films have been historical works with narratives, like 17 Miracles. What is your philosophy on the line between historical fiction and reality in your storytelling?

With any of those films you are referring to, I am very consciously NOT making a documentary. I am making a film BASED on history. Though we in the Church have more journals and written history than most cultures, they still tend to be very thin when it comes down to fleshing out a character and writing dialogue. I am committed to being true to the incidents we portray but feel justified in taking license to fill in the blanks. That includes my feeble attempts to add humor. Though the people we portray in our films have lived amazing and exemplary lives, they didn't live their lives like a movie script. So I try to frame the events in a way that tells a story that will be satisfying to the audience.

What advice would you give to aspiring filmmakers?

I recently read that there are more students in film school in the U.S. than there are in medical school. That means there is a lot of competition out there for not that many positions in the world of film. The good news for any wannabe is that there's always room at the top, and if a student has some talent and is willing to work hard, they can make it. As in most professions and in life, hard work trumps talent almost every time.

How do you want people to remember you—in your career and in your life in general?

I would like to remembered as a skinny, handsome man with a full head of hair, but since that is very unlikely to happen (that dang thing called reality), I'd settle for being remembered as a good husband, dad, and having the rare potential of being a really great candy wrapper.

What’s next for you? Any projects already lined up after Ephraim’s Rescue?

I keep busy doing commercials and other film projects but for my next film, I have a few ideas but I'm trying to concentrate on Ephraim's Rescue for the next few months to make sure it's the best I can make it. Oh yes, and there is that project I’m ALWAYS working on . . . learning how to shut a drawer.

Watch the trailer for Ephraim's Rescue below and don't miss out when it comes to theaters next week!