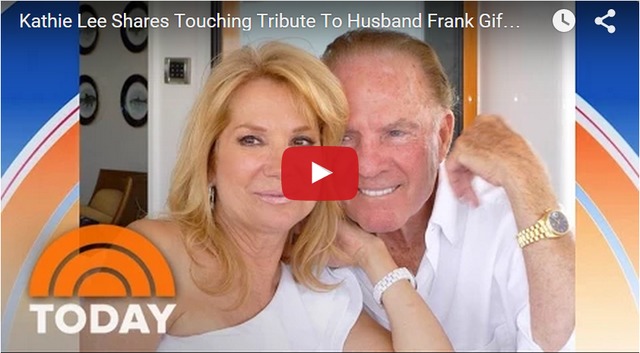 Famous TV personality Kathie Lee Gifford shared her faith and a touching testimony of the divinity of Christ on her return to the Today show after her husband Frank's passing.

"The Lord giveth and the Lord taketh away, and that's something my family has been through this past week," Kathie Lee said on-air Monday, August 17.

"As a young child, Frank accepted Jesus into his heart and that remained with him for the rest of his life," she said. "He strayed from his faith on occasion, but his faith never left him, and especially after we found each other and started sharing our faith together, it became more and more and more important to Frank."

"His world got smaller as his God got bigger, and he'd want you to know that he died in complete peace," she added. "He knew every sin that he ever committed was forgiven. He had that hope that he would be with the Lord, and that we would be someday with him as well."

Gifford went on to reference Bible stories, such as the story of David and Goliath, and to challenge viewers to reach out and lift up those around them.

Read the rest of this story at youtube.com