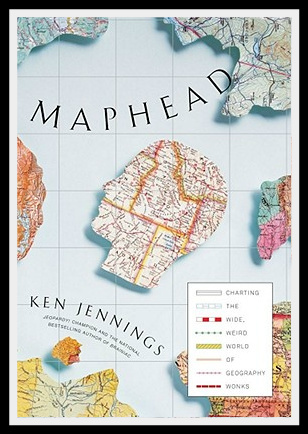 “I think that the constant study of maps is apt to disturb men’s reasoning powers,” Lord Salisbury, p. 207.

You have to wonder if Ken Jennings’s parents realized their son was a different sort of fellow when he chose to sleep with a World Atlas next to his pillow, rather than your average child’s teddy bear. As far back as he can remember he’s loved maps. While researching for his new book, Maphead, Jennings discovered he wasn’t alone. “Cartophilia” is alive and well, and Jennings hopes to spread the love: ”If you never open a map until you’re lost,” he insists, “you’re missing out on all the fun” (120).