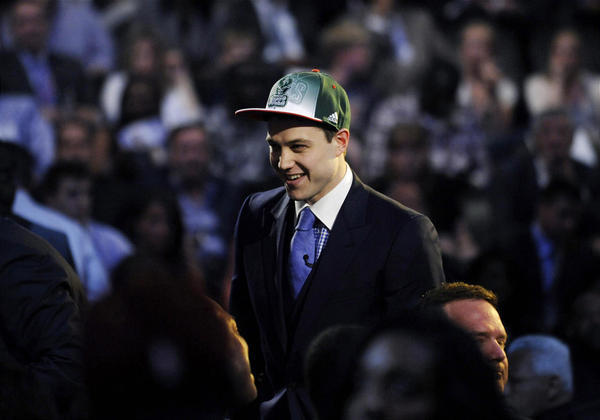 The Sacramento Kings found a shooter they hope they can eventually pair in the backcourt with Tyreke Evans and a high-profile player to help in marketing when they ended up with high-scoring guard Jimmer Fredette after making a draft-day trade Thursday with Charlotte and Milwaukee.

The Kings moved from seventh to 10th in the draft, while also acquiring swingman John Salmons from the Bucks and sending guard Beno Udrih to Charlotte. That created a need in Sacramento for a shooter in the backcourt who could also play some point guard, making Fredette an attractive option.

Fredette won nearly every player of the year award at BYU last season after leading the nation in scoring with 28.9 points per game, including the Naismith, Wooden, AP and the USBWA awards. With his seemingly unlimited shooting range and a long list of highlights, Fredette was one of the most popular players in college basketball.