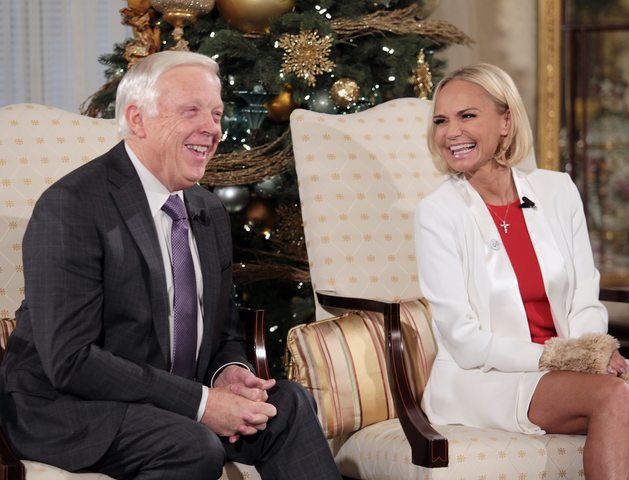 The press conference for The Tabernacle Choir At Temple Square Christmas concert could have been mistaken for a comedy show as Kristin Chenoweth warmed up for her narrating/musical guest responsibilities. When Mack Wilberg, Music Director for the Choir, said that Chenoweth has been on his radar as a potential guest for 10 years, she joked that she was “just 15,” and while expressing her desire for the performance, she asked for prayers.

“All I want to do is celebrate the reason for the season, and I’m so honored to get to do it and I ask that you guys pray for my memory. Pray for memory. #PrayForKristinsMemory,” she quipped.

Chenoweth, best-known for her roles in Wicked and You’re a Good Man, Charlie Brown, called performing with the Choir “a bucket list item.” She added that she watched just three shows growing up: The Mormon Tabernacle Choir Christmas special, the Miss America pageant and the Tony Awards.

“That says everything you need to know about this girl right here,” Chenoweth said.

And while she may have concerns about how the altitude and smog in Salt Lake City may affect her voice, Chenoweth promised, “I’m going to nail it.”

More than 60,000 people will attend the Christmas concert over its three nights of performances. Tickets for the concert were complimentary, but they sold out within minutes.