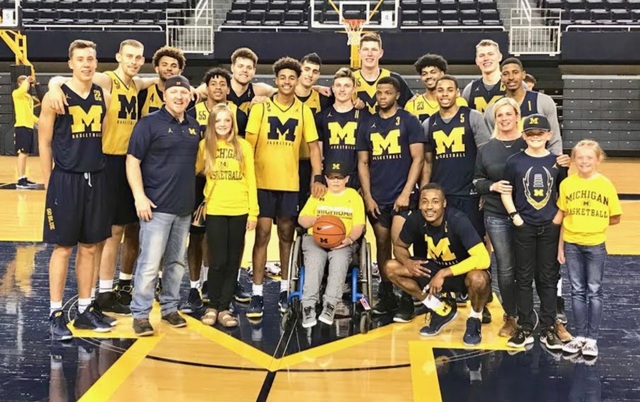 It's truly inspiring the way this young man has been an example and missionary to others.

Jude Stamper is a Mormon 12-year-old from Monroe, Michigan. He loves sports, but because he is confined to a wheelchair with limited mobility, he never thought he could be a part of a team.

Thanks to the University of Michigan basketball team and Team IMPACT, his dream came true.

Michigan basketball signed Jude for the game against Rutgers on Jan. 21. He was honored mid-court prior to the game, and many people, including former Michigan player Jalen Rose and head coach John Beilein, wore bow ties to honor Jude.

“They have embraced him. Coach Beilein absolutely loves him and he tells him that. He tells him he is a light in their lives,” said his mom, Courtney Stamper. “They have fully opened their doors not only to Jude, but our family.”

Mormon Life Basketball EspnBasketball,Espn,Mormon Life
Comments and feedback can be sent to feedback@ldsliving.com