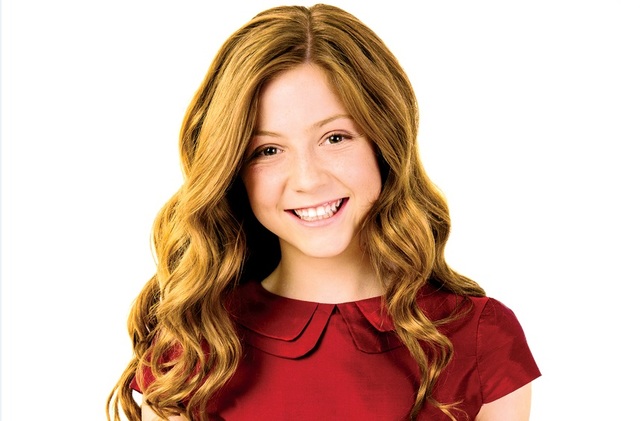 If you've never heard Lexi Walker sing, stop what you're doing and watch this video. Do it. Now.

This video, which has over 73 million views on YouTube, may have launched Lexi into stardom, but she's been singing for as long as she can remember. Her grandmother recalls that when Lexi was two, she found a stuffed bear in a gift shop that played The Beatles' "I Will." Lexi sat down and began singing along with the bear until a crowd gathered.

Since then, Lexi's explosive career has taken her to the stages of Good Morning America, America's Got Talent, and The Queen Latifah Show. Besides Alex Boye, she's also performed alongside The Piano Guys, Lindsey Stirling, David Archuleta, and Kristen Chenoweth, and she recently opened for Broadway star Idina Menzel at a benefit concert. She'll also be belting out "The Star-Spangled Banner" in front of nearly 70,000 fans at this Sunday's San Francisco 49ers game.

But perhaps most impressive of all her accomplishments is her recent signing with the Sony Music Masterworks imprint, Portrait Records. She joins the Sony team as have stars like The Piano Guys, Dolly Parton, and Yo-Yo Ma.

Yet, despite all her success, Lexi is able to stay humble. "Having fun is success," she said. "As long as you're doing the things you love, you're going to be successful. Mostly, I just feel really lucky and I'm really grateful that I get to have this opportunity!"

She's also learning how to stand for her LDS standards in an industry that often strays in the opposite directions. "The standards that I’ve been taught as a member of The Church of Jesus Christ of Latter-day Saints help me to know what kind of music is appropriate for kids my age," she said. "In the music industry, any standards that contradict worldly views are going to be challenged at one point or another, especially with modesty. I'm an artsy person, and things like clothing design are intriguing and fun . . . It's so hard to find outfits that are timeless and fashionable, but every choice I make is influenced by the preconceived notion to stay modest. Modest is hottest, no matter the worldly trend!"

Lexi's debut album, Merry Christmas, hit stores on November 20th. It features both new and traditional holiday songs, and also includes her now-famous rendition of Frozen's "Let It Go." Check out her music video of the beautiful song "When a Child Is Born."