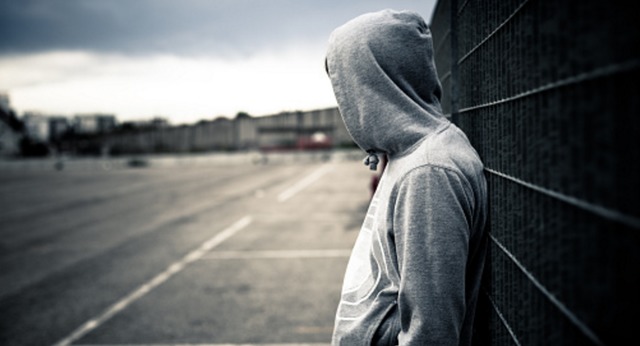 After losing two friends to suicide in a matter of months in ninth grade, Justin Garvin wanted to find a way "to try to make a difference."

"He’s . . .  the best kid I know," Garvin says of Beau. "In his phone, he had a reminder that would go off every hour that would say, 'Make Christ the center of your life.' So I put that reminder on my phone and that’s been a testimony builder."

At the time Beau passed away, Garvin was already working on a song for this year's Mutual album, a song that kept him going despite the pain and darkness. “After [the accident], I kinda just wanted to give up and not do anything,” Garvin shares. “But I’ve listened to my song a lot, and I realize that I shouldn’t give up. I should keep going.”

Garvin first began writing music in sixth grade. After performing in a singing competition, Vocal Sport, Garvin was approached by Nik Day—LDS singer, songwriter, and product manager for the Church's Mutual album—to see if he'd be willing to create a song for the 2017 Mutual Album.

Garvin, a 16-year-old student at Lone Peak High School, decided to tackle a topic very close to him—suicide prevention. “If I can only help one person with this song, then it’s all worth it," Garvin says.

The song "Choose to Stay" has already had a profound impact on Garvin's life as he faced one of the most difficult trials in his life.

The 2017 Mutual Album shares songs and testimonies of LDS youth from across the Church, including Garvin's brother, Jake. As these youth sing about the challenges they face, they also testify of the strength they've found to stay strong in their faith.

"I love working with the youth of the Church; their testimonies are so strong," Nik Day says. "It’s humbling to hear their stories and see the way they live their lives."

Much like Garvin's story, each song carries powerful experiences and meaning for each youth performer. "Kyle Vorkink, who sings 'Thy Will Be Done,' decided to leave things like dating behind so he could start really focusing on preparing for his mission. He’s out on a mission right now, actually," Day shares. "Brandon Harms told me about how the best way for him to focus on the positive was to count his blessings every night, so we decided to write a song about that. Jake Garvin, Justin’s brother, was the leader of his Priest quorum, and he made a goal to focus on each person, one by one, in his quorum, so we wrote a song called 'One by One.'"

To listen to the whole album, click on the YouTube link below, listen to it on Spotify, or visit lds.org.